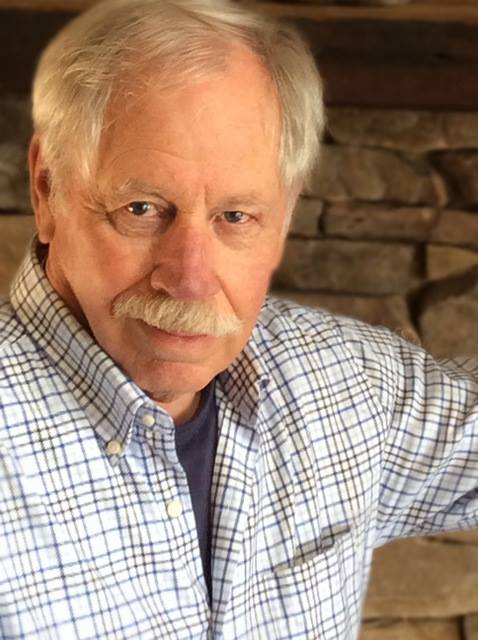 Steve Taylor was raised on a farm in Mt. Pleasant, S.C. He is a 1960 graduate of The Citadel with a degree in civil engineering, and he served six years as a pilot in the U.S. Air Force with service in Vietnam. Following a long flying career, he retired as an international airline captain. Taylor has been a solo ocean sailor and holds a U.S. Coast Guard captain’s license. He has owned and operated a commercial construction company and is a Coastal Master Naturalist. In addition to flying over most of the world, Taylor has lived in North Carolina, South Carolina, Georgia, Tennessee, Texas, and Okinawa. He has five grown children. With his wife, Nancy, he currently splits his time between Atlanta and Charleston.

What inspired you to write your first book?

This book evolved out of the insistence of pilot friends to put my stories down on paper so they would not be lost. At first I wrote just to preserve the information, but once the tales were written, I was encouraged by these same people to have them published.

My publisher and I went through a series of brainstorms to find the right combination. We wanted a short catchy title along with a subtitle that described the book content. We then tested several combinations with different groups and settled on: WHEELS UP: Sky Jinks in the Jet Age.

Of course since it’s been printed I have thought of several things that I could have added or done slightly differently, but other than an error on page 77, I am pleased with the results. Incidentally, I have corrected the error in the e-book.

I have a technical bent both in education and aptitude and never considered myself a wordsmith. I have been an avid reader, and at times, wrote long letters, but other than that most of my life I have avoided verbal gymnastics. I only started writing late in life when I had something I wanted to preserve on paper.

What was the first book you read?

I first developed a strong interest in reading, believe it or not, from Compton’s Encyclopedia. It spoke to me about foreign lands, strange animals and inventions that changed the world. The first novel that left a strong impression was Robinson Crusoe.

Can you share a story from your latest book with us?

From the first paragraph in WHEELS UP:

Delta was taxiing out for take off. United had just landed and was on her way in. As they passed on the taxiway, Delta captain McSwine shot the United captain the bird and, at the same time, picked up the phone and addressed the passengers. “Ladies and Gentlemen, off to your left you will see the friendly skies of United.” They all looked in time to see the United airplane slowly taxi by while it’s captain, in plain view, returned Captain McSwine’s insult.

What is the big deal about flying for you?

Almost all pilots that have reached the pinnacle of aviation have one thing in common. They think it is a big deal.
Once again a quote from my book: “…there is a surge of adrenaline as you push the throttles forward and feel the power of the giant engines. As you accelerate through 150 mph you gently pull half a million pounds of precision machinery and passengers off the ground, and, as always, you are slightly awed that it flies.”

I have several favorites: Winston Churchill, Jack Higgins, Mark Twain, Victor Hugo, and my son Brad Taylor. What they all have in common is accuracy of detail.

Who designed that striking cover?

The cover is my design although a graphic artist improved the technical quality. The picture is from my retirement flight with Delta Air Lines. Pulling into the gate I saw my retirement crowd waiting in the terminal and waving. I realized due to the windshield glare they could not see me waving back so I climbed the back of my seat and popped the overhead escape hatch. A friend inside the terminal took the picture.

The hardest part was solving how to put down on paper the picture I wanted to present and retain the humor in an audible story.

Yes, I learned that I had a reason to shy away from writing all my life. It’s hard work.

Writing is a form of communication. When you write you should have something you want to communicate to your readers. A fascinating story communicated well makes you a good writer.

Wheels Up: Sky Jinks in the Jet Age

“…Readers have a front-row seat during harrowing landings in Vietnam, close calls flying for Delta, and other misadventures…(Taylor holds a U.S. Coast Guard captain’s license and, alone and becalmed at sea, gives his inner poet free rein.)…Readers will overlook the frat-boy quality of the early high jinks….They will come to like Capt. Taylor very much, which is more than half the charm of a good memoir and a sign of a good memoirist….A good read, of special interest to those who love flying.” –Kirkus Reviews