The room is almost empty. The man standing by the desk is called Tim Flanagan, and he writes novels. His series of bestsellers “The Moon Stealers” has been riding high. His books are read by those all over the world– the girl on her way to work– the guy who picks up a book at the local library. Flanagan is a hit. This interview with Tim Flanagan has been a long time coming. Tim Flanagan, friendly chap that he is, turns and says hello. The rest is described below. Enjoy! 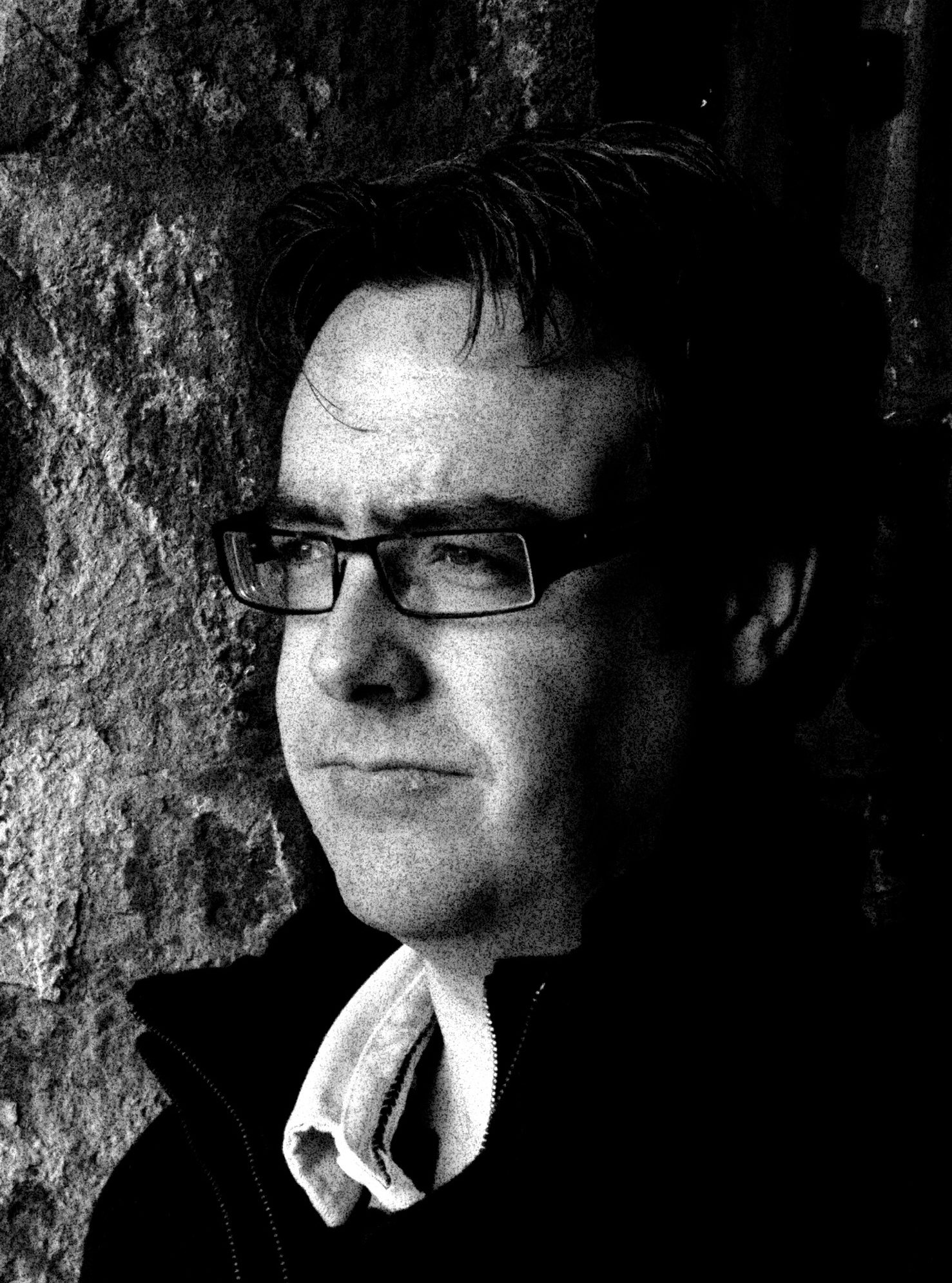 Morning, Tim! How did you find yourself writing a book? What’s the story behind your career?

I’ve written bits of stories in the past but could never allocate enough time to complete one. I’ve always been a creative person –enjoying music and art–but it’s only as I’ve got older that I have had the discipline and motivation to spend hour upon hour writing a story. When I was younger, I had a lot less patience.  The first Moon Stealer book was released to the world in 2012 purely as a result of my son. We came up with the idea one morning, so I started writing it so that he had something to draw pictures to.

Do you really describe yourself as an author?  Is that a label you are comfortable with?

I suppose I’m an author because, by definition, I’ve written a book. But I’m happy to be known as a writer, or simply a storyteller. Labels don’t bother me. My books haven’t been published traditionally, but I don’t believe that’s the only requirement to enable you to be known as an author. I enjoy writing, and my readers enjoy reading, and that’s all that’s important.

I wanted to ask you this: What do you think of the writing world in general? Are you happy being part of it?

Never before has the world of writing been such an exciting place to be in, and I feel so honoured to be able to be part of it. It’s amazing that my books can go all around the world and read in any country at the push of a button. All of these changes have not only made it easier for anyone to publish their work, but it has also increased the public’s thirst for books. Reading devices are not reserved for reading nerds but are accepted by everyone. Overall, this is a great time to be a writer. But I honestly think this is only the beginning. There are many more changes on the horizon, and I’m glad to be at the forefront of change. The possibilities are exciting.

Tell me more about your “Moon Stealers” series—where did you get the ideas behind the bestseller?

I’ve recently published the final book in the Moon Stealer saga, which is a Dystopian series aimed at teens and young adults. The story begins when martian microbes are carried to Earth inside a meteor. They evolve to become a serious threat to mankind. When stripped of modern day technology, how can humans react? Only by returning to the ancient beliefs and harnessing the power of nature can humans fight back. In complete contrast, I also released a humorous detective story at the same time, which was the first time I had collaborated with an illustrator. It was a great experience. I have just finished another novel with the same detective as the lead male which is being illustrated as we speak. That should be out December 2014.

Tim, what do you need to make your writing career tolerable?

I enjoy every moment I get to write. I write part time, so any minute I get is precious. The only thing I need is a cup of coffee and no bugs in my laptop!

I’d better send you coffee before we interview next time! How many times have you rewritten a sentence to make it the “right” sentence?

I’ve lost count. I usually reread something I’ve written at least four times. But even then, it’s not enough.  I think we could all go back to our books and rewrite bits of them for ever and ever, but sometimes you just have to accept it as it is and leave it. Overworking a sentence can be just as bad. There is a bit of a perfectionist in all of us, and I’m sure we are never 100% satisfied with our work.

A gripping story that a reader can relate to. Although my books are pure imagination, I always try to include information or elements that give it some sort of realism or leave you thinking that it actually could happen.

Here’s a serious question for you. Would you buy your book as a customer?

Yes. They are the sort of books I enjoy – I think I’m a big kid at heart! When I reread and edit them, I actually enjoy myself. It’s difficult not to get too absorbed in the story that I forget to keep my editor hat on.

Now, what ingredients make your book a great read?

Overall, my books are fast-paced adventures that inspire imagination. That applies to the dystopian books as well as the detective novels. You don’t need to analyse them. Just jump on board and come along for the ride.

With the Moon Stealers, the idea of an alien bacteria is not unusual. In fact, in 1984 there was a meteor that landed on the planet that had alien microbes inside it. I often find that if I can use true historical facts or events in my stories and leave the reader wondering if a story could genuinely happen, it’s a far more exciting book. Think of Jurassic Park – dinosaur stories are plentiful, but what was really different about it was the science that growing a dinosaur could actually be a real possibility in the future.

What makes you such an interesting author, Tim? You have all the answers!

My kids. Every chapter I write, I write with them in mind. My son reads every single chapter and gives his honest opinion. That way I can understand what a teenage boy likes or understands. Sometimes, I run ideas past him in the car on the way to school. It’s surprising what we come up with.

Harder question for you! Who are your favorite authors?

The answer to that question changes all of the time. At the moment, after a recent visit to the Harry Potter Film Studios in London, I’ve started rereading JK Rowling’s books once again.  She is a clever writer with so many new and imaginative aspects to her stories that haven’t been done before. I was honoured once to be likened to her by one reviewer:   “This book is just as amazing as the first. I have to say that I think Tim Flanagan is a J.K. Rowling in the making. He can paint with words, and he can draw emotions from the reader’s heart. He has the amazing ability to draw you into a mystical and magical world filled with amazing creatures and characters that will fascinate the reader. His story lines are unique and truly refreshing.”   Some of my consistently favourite authors are Michael Cox, G R R Martin, Philip Kerr and C J Sansom.

What drives you to write? What is your motive, Tim?

Purely to entertain. There are no hidden meanings, nothing to analyse and no deeper messages. I want to take the reader on a journey where they can lose themselves in a story, experience excitement and emotion, and forget about whatever stresses and strains they may be under. My books appeal to young people, and life is not easy for them these days, so a bit of escapism can only be a good thing.

So, how much time did you spend writing this book?

Each book takes me about six months to write and rewrite. I have a “real world” job for 3.5 days a week, so manage to spend 1.5 days a week writing, but it doesn’t stop there. I take a computer memory stick to work and plug it into the computer there during my lunch breaks. As long as I don’t neglect my family, I also spend some time in the evenings doing something to do with my books – writing, marketing, editing, keeping up with social media and emails, etc. But I love every single minute I get. In some ways, I feel guilty calling it work because I enjoy it too much. Surely, you can’t get this much pleasure from work?!

This interview was undertaken by Chris Meeker for his blog. Tim Flanagan will be undertaking a lengthy blog tour next month. Why not check out “The Moon Stealers” before you catch Tim’s next interview? 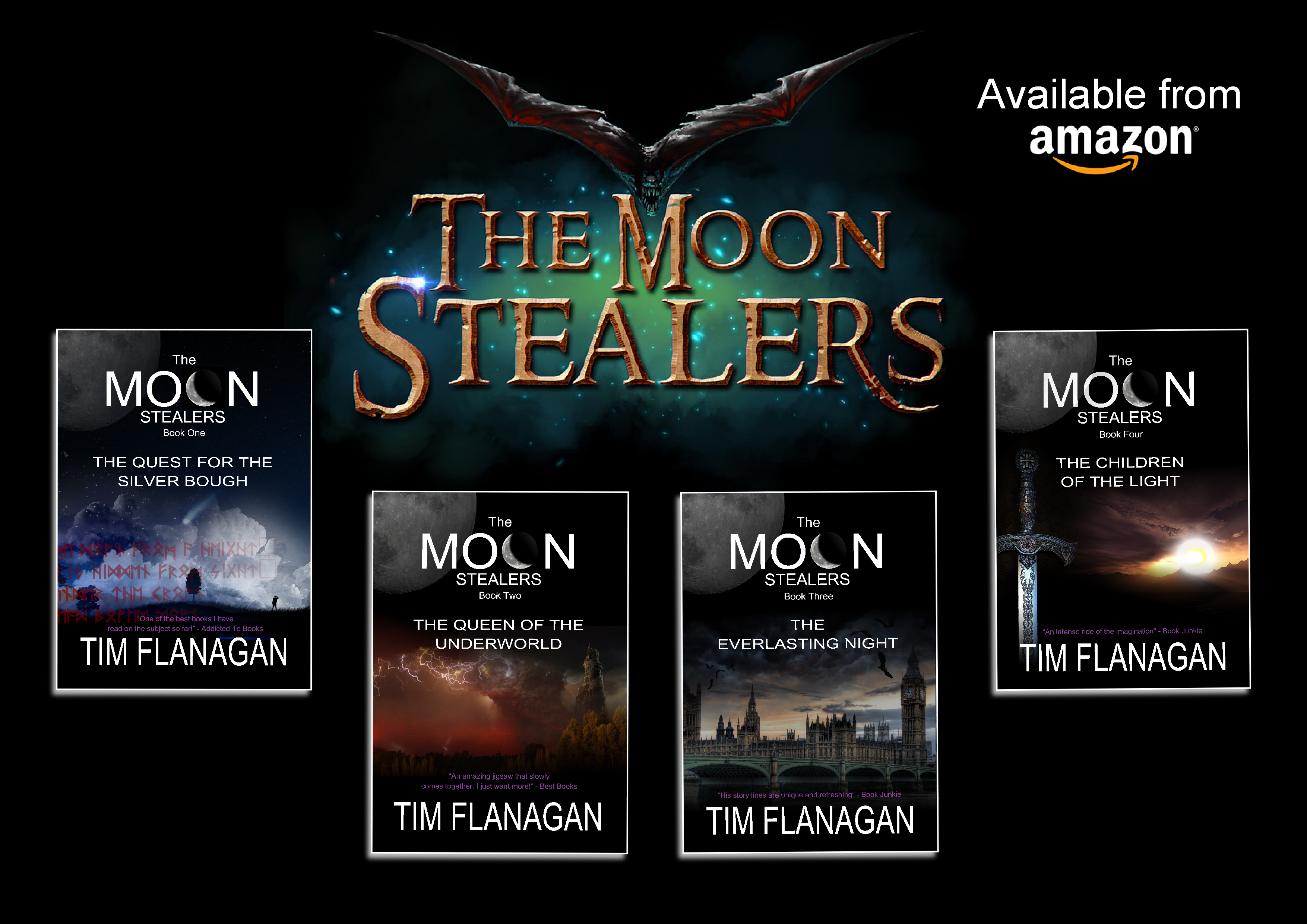