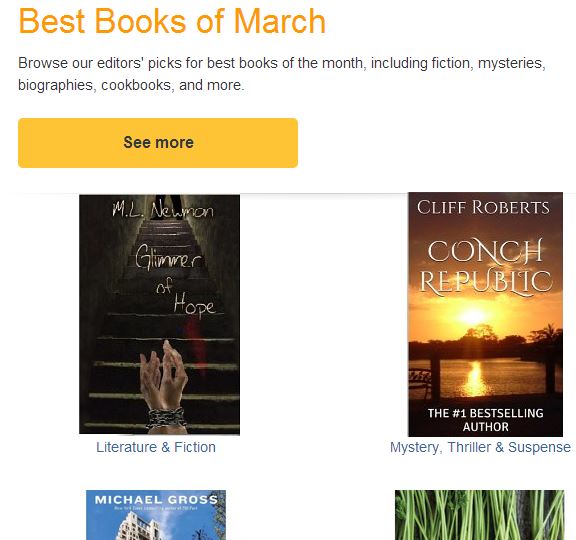 “We can talk when I’m ready to promote again.”  I hear this five or six times a day from authors who are struggling to get books sold when I offer to have Novel Ideas help promote their books. Unfortunately, they have not a clue about selling their books. Oh, there are a few Independent Authors that have made a very nice living from their books, but they are few and far between.

The average person will tell you that they understand how advertising works, and that they have it handled. Then they turn to their friend in frustration and say, “I don’t understand why my book isn’t selling very many copies. It a great book, but it’s not selling.” If only they better understood marketing.

Most people have to work an outside job, and they have family commitments along with their desire to be a writer. Their typical day requires they get up and go to work, then come home and deal with the kids’ need for attention after school. Then there is dinner and a little TV before bed.  At this point, let’s face it, who has the time or energy to post blurbs all over the Internet? Wouldn’t you rather spend what free time you have writing? I know I would. I’d rather write than do almost anything else.

One of the realities of the book writing business is that there are more than six million books being published this year. Roughly the same as last year and the year before. That is a lot of books, and yours is just one tiny little book in competition with the other six million plus new books published each year, along with the six plus million last year and the six million before that and so on and so on–back about fifteen years. Each year it gets worse. Do you get the picture? I hope so, but it’s not that bad. Most of your competitors will never make the effort to really sell their books, so those that do, stand out head and shoulders above the rest.

The reality that each writer has to face is that in order to succeed as a writer, you have to promote your books. Unless people know your book is available and where they can buy it, you cannot expect to have significant sales. It’s as simple as that. People will not buy something they don’t know is for sale. Then come all the other factors that play a role in the challenge known as book sales. Any one of these factors can stop your sales cold, but not telling the public you have a book for sale is a surefire way not to sell books.

The one that writers seem to have the most trouble accepting is what successful retailers have known for centuries and here it is: “Advertising is not a one-off thing or a sometime thing. It is an all the time thing.”An average person must see a product seven times before they will remember its name. Seven times. The number of times the average person has to see your product before they decide to purchase it? Twenty times.

I also hear, over and over, “I can’t afford to pay for marketing.” If you really want to sell your books, you cannot afford not to advertise. The contract that the big time publishers have been offering lately requires you to be able to provide proper marketing for your novel. This is, of course, at your expense. Until such time as you sell, and they’ll plug in a number (probably around five thousand in a certain time frame) the big time publisher will not raise a hand to help you market your book.

The old adage of advertising is: “He who spends the most, wins.” This is another adage you probably have heard before, but I have to repeat it. Far too many authors haven’t taken this adage to heart, but instead have simply ignored it as just salesman talk. “Marketing/advertising is an investment, not an expense.” If you don’t invest in your own work, how can you expect someone else to invest in you? You cannot depend on the social media contacts to make your book a bestseller or to generate sales large enough for you make a comfortable living. Yes, it could happen. Just as you could win the lottery. With about the same odds and the same caveat. You have to buy a ticket to win.  Marketing your book is the ticket to the bestseller lottery.

Does marketing your book guarantee that your book will sell? NO. No one can guarantee your book will sell. Anyone who says they can is lying to you. The one thing we can guarantee is that when you market your book, you have a whole lot better odds of making sales than if you chose not to market your book or to only market it for a few days around the time of its release. The best a one-time attempt at marketing is going to do for you is a brief flash in the pan and then it returns back to oblivion, buried in the pile of six million books from this year and six million from last year and so on and so on.

There are dozens of people claiming they can help you sell more books, but there is only one Novel Ideas by Nick Wale. After his own successful book, Nick realized his true talent wasn’t in writing a book but in promoting a book, so he started Novel Ideas a little over a year ago. Since then, he has built it into the hottest PR/marketing firm on the ‘net dedicated to the Independent author.  Novel Ideas has helped create over a dozen bestselling books in the last eight months, including the mega hit, Broken in Two by MJ Summers, and the hit series Reprisal! by Author Cliff Roberts. If you’re going to hire a marketing firm, you want to hire a firm with a record of success, like Novel Ideas. It’s one thing to say you can do it; it’s another to prove it.

So it’s time to ask yourself, “Do you feel lucky? Well, do you?” If you do, don’t bother promoting your book; and who knows, it just might sell simply by publishing it on Amazon. You’d be just as likely to win the lottery without having bought a ticket. Call Novel Ideas and get a ticket in the bestselling lottery, or keep writing as a hobby. It’s not a bad hobby, and if that’s your desire, the more power to you, if you’re like the other authors I know, stop wasting time and stop losing money. Start promoting your book today.