Tom Ufert asks “Is This Heaven?”

This harrowing true-to-life story will have you reeling with the punches as we follow Frank as he battles the demons that haunt him. His anger and rage only compound the problems he has with relationships and society. This book will reveal the thoughts and actions of a person who has been brought up with violence and trained to solve disputes with his fists.

“The Tarnished Shooter” is a compelling five star story of adversity, adventure and the consequences of choices one makes and is based on actual events. This is a story you won’t forget for a long, long time…

Q) What do you think the main purpose of “The Tarnished Shooter” is?

A) The purpose of the book is to tell a story about how a choice, any choice, can change a life in an instant. Too many people take choices for granted. I know I did. I had more choices than I realized, and many times I thought there were limited choices. Today I know different. Schools don’t teach about social values in a way young people can understand. There is so much pressure out there to fit in and go along with the crowd. If one follows the wrong crowd or the wrong person, bad choices are sure to come down the pike.

Q) What advice would you give to a teenager going through the same problems you went through?

A) Today is a different world from when I was a teen, but life principles are the same. Troubled teens are so vulnerable because they don’t have the life experiences to reflect back, thus allowing them to make a better choice. My advice for any teen would be to figure out what to do, or what to be and follow that path as long as it is a good path. Teens have to realize that they have a tough road ahead and to prepare for it. Actually program yourself with the idea that things are going to be tough. You will get your heart broken. Someone will let you down, and people are going to walk in and out of your life, and some are going to die. But no matter what happens, the world is not going to stop. You are here so make the best of it, and decide today that you are going to make the best of it no matter what.

Q) Do you feel it is your responsibility to help people going through the same problems you experienced?

A) No, I don’t feel it is my responsibility, but I would like to offer some hard-learned advice. Sometimes people going through problems just need an ear willing to listen. And they want to be heard without judgement and without preaching. I never felt I had anyone to hash things out with on a peer level or on an equal level with an adult. Because parents or guardians feel the need to be in control, they seem to always butt in without listening to the whole story.

Q) How did you turn your life around? What really caused you to do that?

A) I turned my life around because I had seen and spent time on the inside of jails and correctional institutions, and I didn’t want those places to become my permanent residences. They are tough, mean places where every day is a fight for sanity and survival. I also didn’t want to give everyone the satisfaction of being who they thought I was. I knew I was more than what others thought of me.

Q) Did you ever believe you would write a book?

A) When I was young, I had a vague picture in my mind about writing a book. Why, I don’t know. I always hated school and never paid any attention when it came to learning about English and language. As the years passed and more and more things happened to me, I rekindled that thought because I had something to write about. A person has to have some experiences before he can have something to say.

Q) How can your book help people?

A) I wasn’t really sure how readers would react to the book or if it would be well received. It wasn’t written in a self-help format, but I hoped that by reading the book one could get an idea of how Frank Henry Barker made decisions and how those decisions affected everything in his life. The reader, if in similar situations, can decide whether to make a better choice or follow in Frank’s footsteps. I never advocate violence, but there are times when it is necessary. The true test is to know when it is absolutely necessary to use violence.

Q) Do you think you will write another book?

A) I had planned on it. A writer never knows how the public or how readers will respond to the work. I have a few other ideas for books. I like to write about real life experiences and the effects those experiences have on people.

Q) Can you explain your experience in the Marines for readers? Why was that such a huge experience for you?

A) The U. S. Marine Corps is always considered to be the toughest service branch because of the demanding training one gets while going through boot camp. There is a sort of mystique about Marines. Before I left for boot camp, there was a guy always picking fights with me. When I saw that same guy after I came home from boot camp he avoided me and never made another remark or threat. I think he was afraid I’d teach him a Marine Corps lesson he’d never forget.

When a person graduates from Marine Corps boot camp there is no better feeling because of its reputation. A person having gone through and succeeding at one of the hardest things he/she will ever do can get a boost in self-esteem. Being in the Marine Corps was like being in the big time. Everyone knows what it takes to make it through so there is an instant respect. For a while, I liked being in the Marines and was proud to be a Marine. But people and things change—sometimes for the better and sometimes for the worst.

Q) Looking back—if you could live those experiences over—would you have done anything differently?

A) Sure. Hindsight is always 20/20. The invisible forces are always there pulling with an energy most cannot explain. A thought can float into the mind, and it is up to the recipient of that thought to either follow it or discard it. Knowing what I know now I would have done things differently. I know that for sure.

Q) Let me ask you this—was writing a book an emotional experience for you?

A) At times it was because I had to relive all those experiences. I would be hammering away at the keyboard writing about an event, and my heart would start pounding, and I’d start sweating, and then I’d start to feel the adrenaline just the way I did back when the event happened. The hardest was when I was writing the scenes about my uncle and brother’s death. And I didn’t know how my family and friends would react to the story.

A) I do strongly believe that. Growing up in a family that supports your dreams and goals will definitely improve the odds of being successful. Society has to loosen up and stop demanding so much perfection. Perfection alone, I feel, can have some pretty negative effects. A person needs to be able to fail once in a while and then figure out what went wrong and what to do the next time. I would advise demanding parents to just back off, give a kid some room to learn things before demanding perfection right out of the gate. 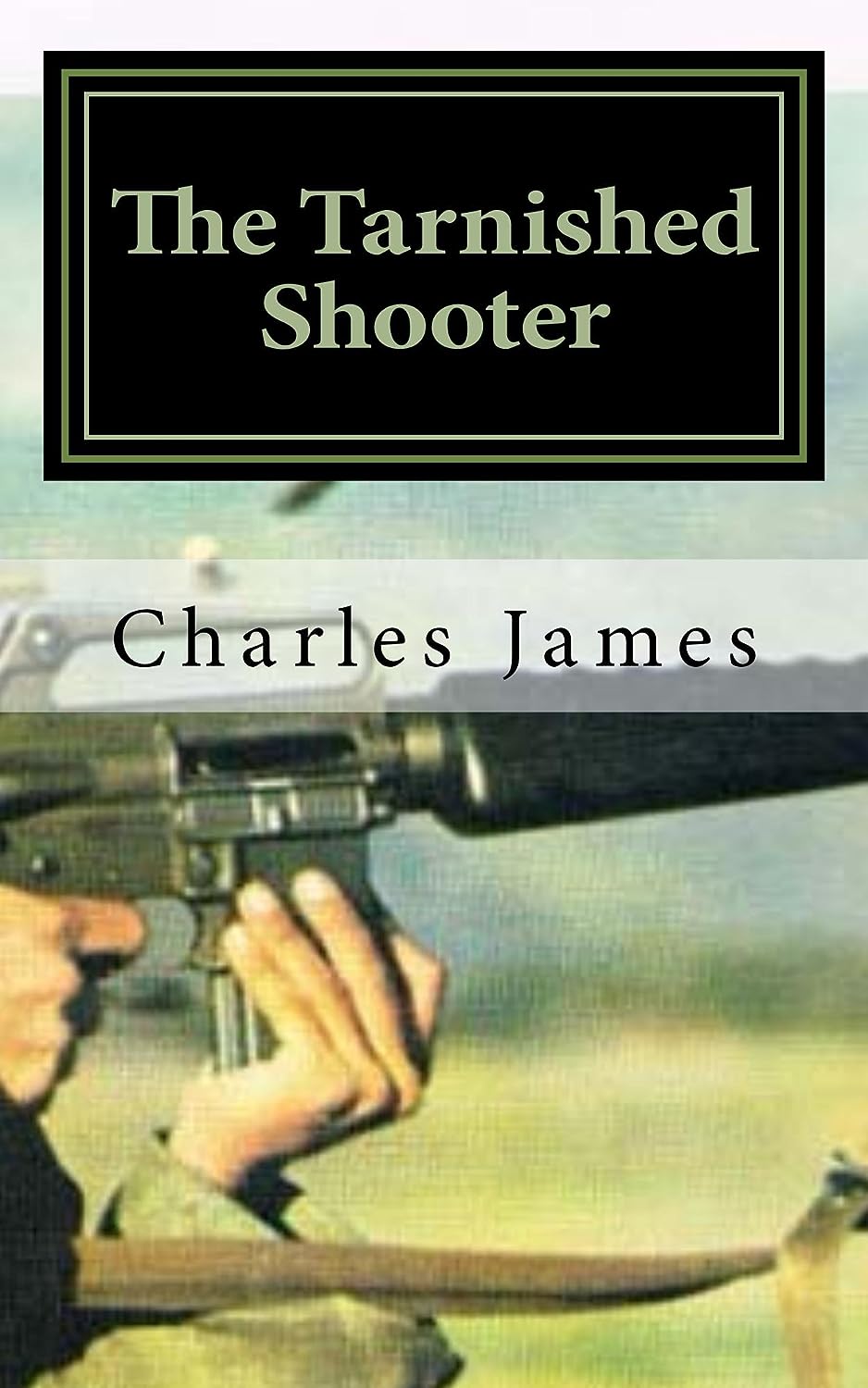 Get “The Tarnished Shooter” today!