Foal, having strong feelings about keeping the focus on the messages rather than the messenger, would rather keep his privacy. Nevertheless, he will be happy to interact via email with any person interested. You can reach Foal here. Foal and the Angels is about a journey to understand the great wisdom hidden behind life. Through a series of dreams and insightful messages that provide Foal with some pretty intensive lessons, the mystery of life unravels and he shares these spiritual discoveries with other seekers.

Thank you for joining us. Please tell us about your book.

Well, throughout a number of years I had all these incredible dreams, and in these dreams I knew I was being given insights and intensive lessons on the meaning of life. So, “FOAL and the Angels” is a story told by a boy (Foal) through the unfolding of his dreams and the impact they have on his life. Through his dreams, and with a little help from the Angels, he starts to understand the mysteries of Life and receives answers to his ten thousand questions.

It is really a very tiny book I wrote out of a desire to share such an incredible experience and all the teachings that came along with it.   It is a short story anybody can read, from old to young, from well-educated to not so well-educated, and what`s more, coming from any religion or belief.

How long have you been writing? How long did it take to write FOAL and the Angels? And what motivated you to write it?

I started in 2010, and it took me a year and a half to put it all together. What motivated it ? You see, when you have those kinds of powerful dreams, they become more real to you than `real` life itself. I knew I had to write it down, it was impossible not to.

The plan is to make a four-book series, because the dreams just kept coming and there were so many more stunningly beautiful dreams than I could ever put into Foal`s story. At times I would have five or six dreams per night; it was exhausting, but always exhilarating. I remember a few times I wished I could sleep twenty-four hours a day just to be able to dream! And they were too many to put them all in one tiny book.

Well, the main character is FOAL, God Supreme, and many Angels. As for their descriptions…Sorry ! You`ve got to read the book !

That each and everyone of us owns a FOAL inside. It is actually all about paying attention, listening, and honing that listening. That is, mainly, reconnecting with ourselves.

There really  is such possibility of contact with other dimensions, and I guess that, if the term doesn’t agree with you or with your religious beliefs, you don’t need to call it Angels’ school as I did. I daresay that throughout the centuries it’s been called so many different names…God, Collective Consciousness, Higher Self, or maybe just our conscience, the little voice inside, that as far as I know, everybody has, even atheists.

At the end of the day, if it happened to a person like me, not in the least special ( e.g., FOAL), it can happen to anybody. That is the message I wanted to convey.

Resemble???  FOAL is basically me!! But you see, it is not important `who` it was to have this experience, since, as I said, the message intrinsic in FOAL is that anybody can be Foal.

This is not the story of one small person. This can be the story of all, if we just try to listen to what we hear inside. And believe me, we ALL hear something inside…but we rarely write it down!!

So far so good …I guess I was lucky !

That it is timeless….

I must admit it is the marketing part. Just doesn’t come easy to me, so actually  I never did it at all. That means, you, Nick, are my first !

The story chose me. I self-published, but I remember that after I submitted it, on a telephone call, the publisher said to me: ‘It’s quite unique. How did you come up with it?`

Well, I didn’t! I didn’t come up with anything. It just happened, and I reported the story as it was, that`s all.

The title came up after I had a dream…. Well, what  else? *laughs* It`s a book about dreams, right? And it just sounded so good!

However you created the cover, will you being do it that way in the future? Why or why not?

Oh, I love my book`s cover ! The stretching of a hand between dimensions and the receiving of the EYE only when we get to the other side was so perfect! And the little flower as a beautiful gift …It was love at first sight! It was made by one of the professional designers of my publishing company, Turning Stone Press. They actually let me choose among six covers, but I had eyes only for this particular one.

Many years ago, when I had no idea I would start writing, I read The Alchemist, and was fascinated by the amount of great wisdom imparted in such inconspicuous and easy to understand way, so that just anybody could `get` it. I guess that stayed with me. FOAL is also a very quick and easy read, but there also is so much Wisdom inside (Angels` wisdom, not mine!)

Oh, I really have no idea! I just HAD to write about this experience, or at least that`s how I felt. At first, I thought the Angels would do the PR for me….. hmmmm, great let down, you know! I guess I hoped against hope! Because in truth, I hate marketing, although I understand how it is necessary. So now it seems I finally got the message…”Angels help those who help themselves!” and just as the thought crossed my mind, I happened to find you, Nick !! Lovely, right ?

On the practical side, I have already started writing FOAL II, but it may take some more time before it gets published.

Do you use a pen name, why?

The pen name FOAL is actually an acronym, a way to say thank you to an invisible helper and friend. Besides, just about the time I was searching for a suitable pen name, I had this beautiful dream of a young horse, a …FOAL. So that made it !

Why a pen name ? Well, for me this book was all about and had to be about the message and not the messenger. It was simply the sharing of a gift. I needed to find a good thread to stitch up the whole experience into a story without turning it into some kind of personal memoir.

The idea of writing it in the format of a story, of a fairy-tale, and of using the pseudo of FOAL finally resolved the issue. 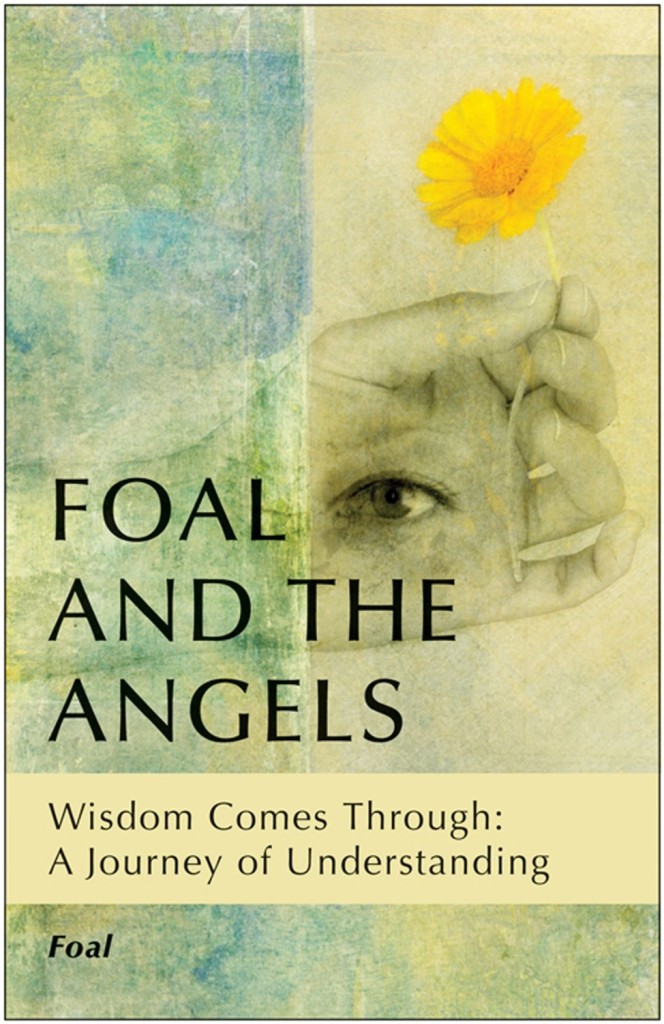 Get your copy of “Foal and the Angels” today!