Author Frank Fiore is the Oracle! 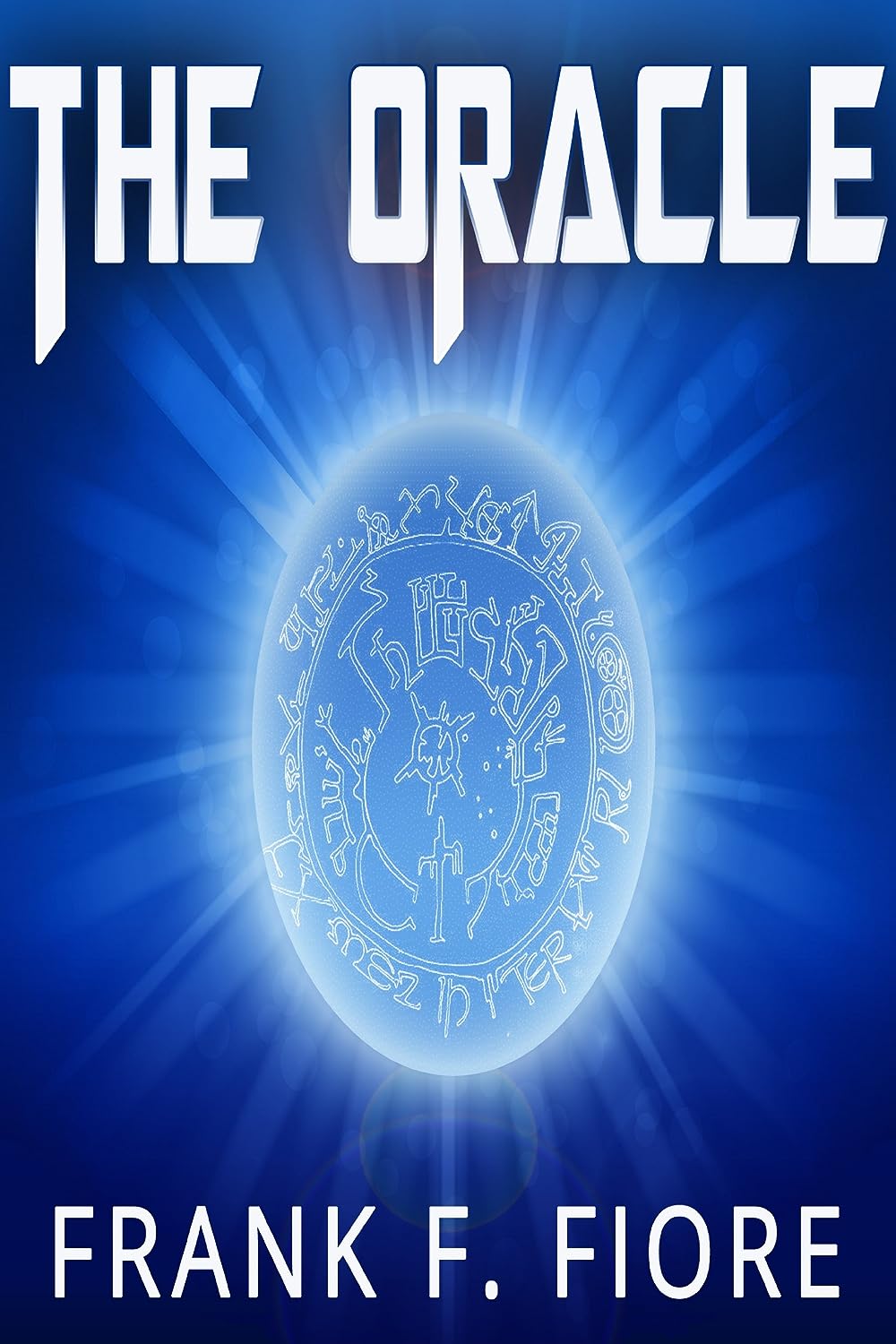 Frank Fiore is one of the foremost short story writers in America. He has sold thousands of books and will continue to do so because he is talented. For those who know Frank… You know what to expect. For those who don’t know Frank… Say HELLO!

Q) How would describe your book, its genre?  Do you write in more than one genre? What are they? Why? Do you feel it might confuse your readers?

A) THE ORACLE is a love letter to the Golden Age of Science Fictionbooks like the ILLUSTRATED MAN and TV shows like the Twilight Zone.  I write in multiple genres just like Michael Crichton. I’ve written a techno-thriller, an action/adventure series, and a soon to be published novel in mainstream fiction. Writing multiple genres hasn’t confused the readers of the likes of Michael Crichton.

Q) Briefly tell us about your latest book.

A) It’s called THE ORACLE and consists of a series of short stories tied together by means of a background story – a story within a story (similar to Ray Bradbury’s “Illustrated Man”). And like the Jeffrey Archer and Twilight Zone stories, the Oracle short stories are written with surprise endings.

The background story begins with a young musician on his way to Phoenix from Los Angles for a concert. He is given a car by his manager and shortly after entering Arizona it breaks down. Out in the middle of nowhere he decides tohitch a ride to the nearest town for help. While waiting for a ride, the weather turns inclement and he seeks refuge at a ranch house inhabited by an old and lonely couple. They invite him in and persuade him to stay for dinner.

After eating, they retire to the living room. After a while, the old woman offers to show their guest some of their three dimensional slides on their old-time stereoscope.

Being polite, the young man decides to endure the request. His hosts carefully remove a set of slides from a shiny metallic box from under the coffee table and place the first one in the stereoscope’s viewer. They instruct the young man to hold the stereoscope up to the living room lamp and focus it towards the viewer.When the viewer is focused and the light hits the slide, something amazing happens.

The first image he sees tells a tale that happens to be one of the short stories in the series. At the end of the first story, the young man turns to question his hosts on this wonderfully strange device. The couple just smile and offer him another slide. He asks again what the device is and where did it come from. The couple respond that the device is an ordinary stereoscope of the early 1900s that they purchased from a Sears catalog many years ago.

But the slides – ah yes, the slides. That’s another matter indeed.

Q) How long have you been writing? How long did it take to write your book? And what motivated you to write it?

A) I wrote my first full-length novel over 40 years ago. It was a SyFy novel but it wasn’t very good. But I did finish it.  It takes me – from basic research to finished product about two years or so. I write to entertain my readers. Tell a good story and they like it is my reward.

Q) What is the best thing reviewers or critics have said about your book?

A) “The ORACLE has it all; mystery, intrigue, science vs fantasy and alternative realities. I absolutely loved this story! I truly believe you will enjoy it as well. If you are a reader that enjoys stories like Lee Child’s non-stop action and Dan Brown’s gut-twisting suspense then look no farther The ORACLE is the book for you.”

Q) What has been the most difficult part of your writing experience? Dealing with publishers, agents, editors getting reviews, query letters, what? Could be any or all.

A) Well, agents and publishers are always looking for the next big thing. But in my opinion, they miss some of the good writing that’s out there. It may no fit the ‘zombie’ or ‘werewolf’ genre that seems to be the rage but they should as least give the new writers a chance.

Q) Describe your writing process. Do you outline, create rough synopses, do you do detailed biographies of the characters before starting to write?

Many years ago, I started collecting ideas for my novels. I created file folders for each proposed story I would write. As I found any and all material that fit the story line, I would drop it into the assigned folder. This would include websites, books, news items, magazine articles, videos, etc. etc. This process has worked well for me in helping develop my stories.

Q) Describe where you do your writing.

A) I alternate between my home office and bars at the many luxury resorts we have in Phoenix.

Q) Can you summarize your book in 140 characters or less (Tweet size)? Do so.

Q) Who were the authors that influenced you? What about them and their style appeals to you?

Q) How much literary license do you take with your stories? Do you create fictional locations? Do you use real locations, with some fictionalizing or do you stick very close to the actual setting? Why?

A) I write stories that are realistic and believable so my settings and charters are close to reality.

Q) Where do you see your writing career going? Why do you think that?

A) Number one – I want to be a noted author with a following. Not get rich, necessarily – which would be nice – but to know that what I have written has entertained my readers and perhaps informed them at the same time.

Q) What’s the hook for the book?

A) The main overall story and the all the short stories end in a twist – like the old Twilight Zone episodes. Some stories are meant to shock while others are whimsical. Either way, the endings are not predictable.

Q) What happens next?  Is there another book? A new career in some other field? What are your future writing plans? Is it dependent upon this book being a success?

A) I’ve just finished my 5th novel. It’s called MURRAN. I expect this to be my breakthrough novel because it is steeped in politically incorrect controversy. It is getting very good reviews from my beta readers.

MURRAN is the story of a young African-American boy named Trey coming of age in the 1980s, and his rite ofpassage to adulthood. Trey is a member of a ‘crew’ in Brooklyn and is enticed into helping a violent drug gang. He is eventually framed for murder and flees with his high school teacher to his Maasai village in Kenya. There, Trey learns what a true Black African and African culture is, goes through the Maasai warrior’s rite of passage, becomes a young shaman, and returns to America to confront the gang leader that framed him.

Q) Where can people learn more about your books?

Check out my author website at www.frankfiore.com and my blog at http://frankfiore.wordpress.com/