RJ Smith is an optioned screenwriter and bestselling author of anything that fits the criteria of ‘action-packed.’ Reading his work is like watching a movie of the mind—the words just leap from the page and screw right into your brain.

He’s been noted in Francis Ford Coppola’s American Zoetrope Studios, The Page International Screenwriting Awards and the Sundance Table Read My Screenplay. His latest novel “The Santa Claus Killer” is currently the #1 hot release on Amazon and is tipped to be the bestselling horror novel of the year.

Q) RJ, many thanks for stopping in.

A) I just could not pass up the opportunity to come pick your brain. You are, after all, the hit maker, I believe.

Q) Apparently so–however, this interview is supposed to be about you! So, how would you describe this book of yours, The Santa Claus Killer? What is the genre?

Q)  What is your general approach to writing? How do you go about writing those commercial novels?

A)  I use a story-driven method of writing, a stylistic approach with readers.  The only barometer for me is… does this story have commercial appeal? Will it sell? Does it appeal to a wide spectrum of the book buying consumer base? Just because a writer believes a story is good or cute does not necessarily mean it will sell, right? It has to have commercial merits for me to even consider writing word one.

Today I may write horror; tomorrow, action; next week, adventure. The story always dictates the genre for me, not the reverse.

As a scribe of tension building suspense —what we call contemporary penning—readers feel they’re watching a film. Many say their experience with my stories is that they imagine being a part of the book, standing in the room watching the scenes unfold. For a professional writer, what more can I ask?

Q) When did you start writing? How long has this been going on?

A) I’ve been writing since the womb, okay? Seriously, I was given artistic license by GOD to create during the conception process. Talk about a love scene! But seriously, I wrote my first tale at the age of sixteen, a short entitled The Storyteller—an upcoming full length novel.

However, my roots lie in Hollywood. For many years I plunged through the world of writing movies—screenplays until the agency which represents my madness suggested turning scripts into 100,000 word books. That’s a challenge, you know because writing a SPEC script which consists of 100 words per page, with a maximum page count of 120—well, it’s drastically less than 400 words per page and 400 pages of a novel.

Q) So, for a seasoned writer like yourself it should be pretty easy to cobble together a book. How long did it take to write The Santa Claus Killer?

A) I began storyboarding The Santa Claus Killer in March 2012 and wrote ‘The End’ on page 400 on Christmas Day 2012. So we’re talking about nine months, and then for three months, the book went through the editorial and agency process. I’d say a book of this stature—a momentous, character-rich book—should take somewhere around a year from conception to production.

Q) Can you explain what Storyboarding is to readers?

A)  In Hollywood, when you lay out a picture, a storyline, it was common in the old days to have a wall where you laid out the entire film. So, for me, I write scenes of my stories on 5×8 index cards, then pin them to the wall in the order of appearance. Literally, when I have the story laid out, there are a hundred cards pinned to the wall, outlining each scene step-by-step, and I can stare at this wall and see the movie and book in my head.

Q) So, of all the choices you could have made with regards to writing a book. What motivated you to write The Santa Claus Killer?

A) I actually started writing another book, Destiny (a movie I wrote for JS Integrity Management in Los Angeles) but then, as I started scripting the Santa Claus character, he stopped dead on the cold, bitter, filthy Manhattan sidewalk, turned to me, and stared into my blazing blue eyes. “This is MY STORY!” he stated in my head. From that moment, I knew two things.

A) Number one, Destiny the book would have to wait; and number two, The Santa Claus Killer was a bestseller that hadn’t even been written yet.

Q) Is it a stand-alone novel or part of a series?

A) Look, we all love serials, right, because it allows the audience, be they movie-goers or book worms, to really get to know a character. I’m not saying there’s anything wrong with a one hit wonder, but I’d rather have a relationship with the reader. So The Santa Claus Killer is book #1 in a series I call The FBI Serial Killer Task Force.

Q) What is part two?

A) Part two is BEACH BODIES which I am outlining now for 2015. But you’ll have to kill me, Nick, to get any more information about that huge book right now.

Q) Who are your main characters in the story?

A) You know, I have so many fantastically painted and soulfully filled characters that they seem like your next door neighbor or co-worker.

Q) Well, I hope The Santa Claus Killer doesn’t live next door to me.

A) Me neither. I suppose the main characters would be Lieutenant Rico Martinez, head of Manhattan South Homicide and his Sergeant, Mike Murphy. Together, they must hunt down a madman intent on ruining Christmas in the nation’s biggest city during the busiest time of year. There is also the bad guy, Richard Blake, who dresses the part of Santa for motives explained in the book. Overall, it’s a once in ten year kind of book that reaches out and grabs the reader. One reviewer called it the “scariest book since the exorcist” which I suppose it is.

Q) Well, thanks for your time,  RJ… sure seems like a page turner.

A) The tale is in the details, twists, turns and creep out suspense that is The Santa Claus Killer. Thanks for having me, Nick! 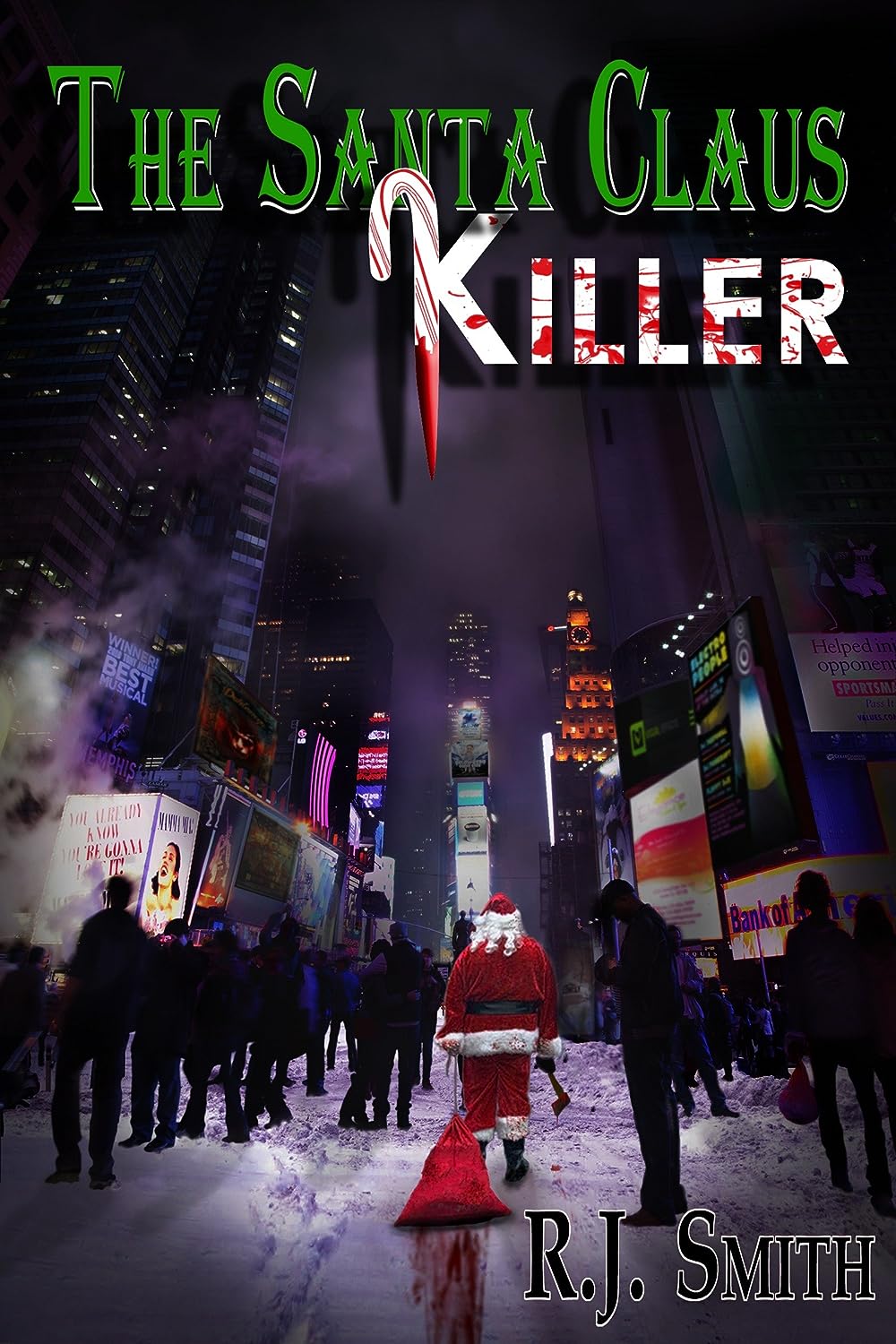