As a kid, growing up in the nineties, TV was the thing. I still remember Saturday afternoons. The smell of the wind on the rain. The incessant chatter between my parents– and the coolest show of the time, on the TV, in front of me. The show was called “Airwolf” and my favourite character was a guy called “Archangel”. Now, back in the day, all the girls loved “Hawke,” the guys thought Dominic was funny– but we all knew the one guy we didn’t want to mess with was “Archangel.”

Now, I’m sitting in the middle of England- as a grown guy thinking about those days as a kid. It was one helluva time– long before I knew the first thing about interviews, or even actors. This was long before I had any incline that I would become PR to some of the best writers in the writing business. I guess it’s rather silly– but when I met Alex Cord, the Hollywood actor who played “Archangel” I was in awe.

Now, let me tell you about this actor. A great actor. Alex Cord. This first interview will concentrate on his early acting career, award-winning stage career and his work with some of the great actors of our time.

Q) So, from stage, to TV… How did you break into the movie world? You went from TV/ stage actor to playing

the brother of Kirk Douglas.

A) The legend himself, Bing. He was a consummate pro. Knew exactly whathe was doing and did it so well. I don’t know how much practice he had in life at beingdrunk but he sure pulled it off on screen. When we finished filming and had gone our separate ways, he had seen a screening of the finished product and took the time to write me the most complimentary letter about my work and how much he enjoyed me and felt that I should be proud. I’m not much for saving things like that but my mother insisted that I have it framed. She was a huge fan of Bing. I arranged for her to have dinner with Bing and me and Stephanie. Bing could not have been more kind, gracious and attentive. A great memory for Mom and another one for me.

A) My parents put me on a pony when I was two years old. I still have the photo of me grinning from ear to ear while another kid in the background is screaming to get off. I was born with an inexplicable love for horses that has only grown enormously throughout my life. I was gratefully gifted with a desire to know all that I could about them, a sense of how they think and feel. I have studied with some of the best trainers and teachers in the world in all disciplines and have found that the best teacher of all is the horse. If you are willing to listen. The secret to becoming one with a horse is love. Respect. Earning his trust. Communicating in a way that he understands what you want. A horse can feel a fly on him. You’ve seen them quiver their skin to make the fly leave. If they can feel a fly, how heavy handed does one need to be if the horse understands what it is you want? There is a potent, influential energy that comes from within the horse and those who fall under its spell are the slaves of a grand passion.

Catch the next installment of this interview soon– but, right now you need to hear about the brand new Alex Cord novel. “Days of Harbinger” 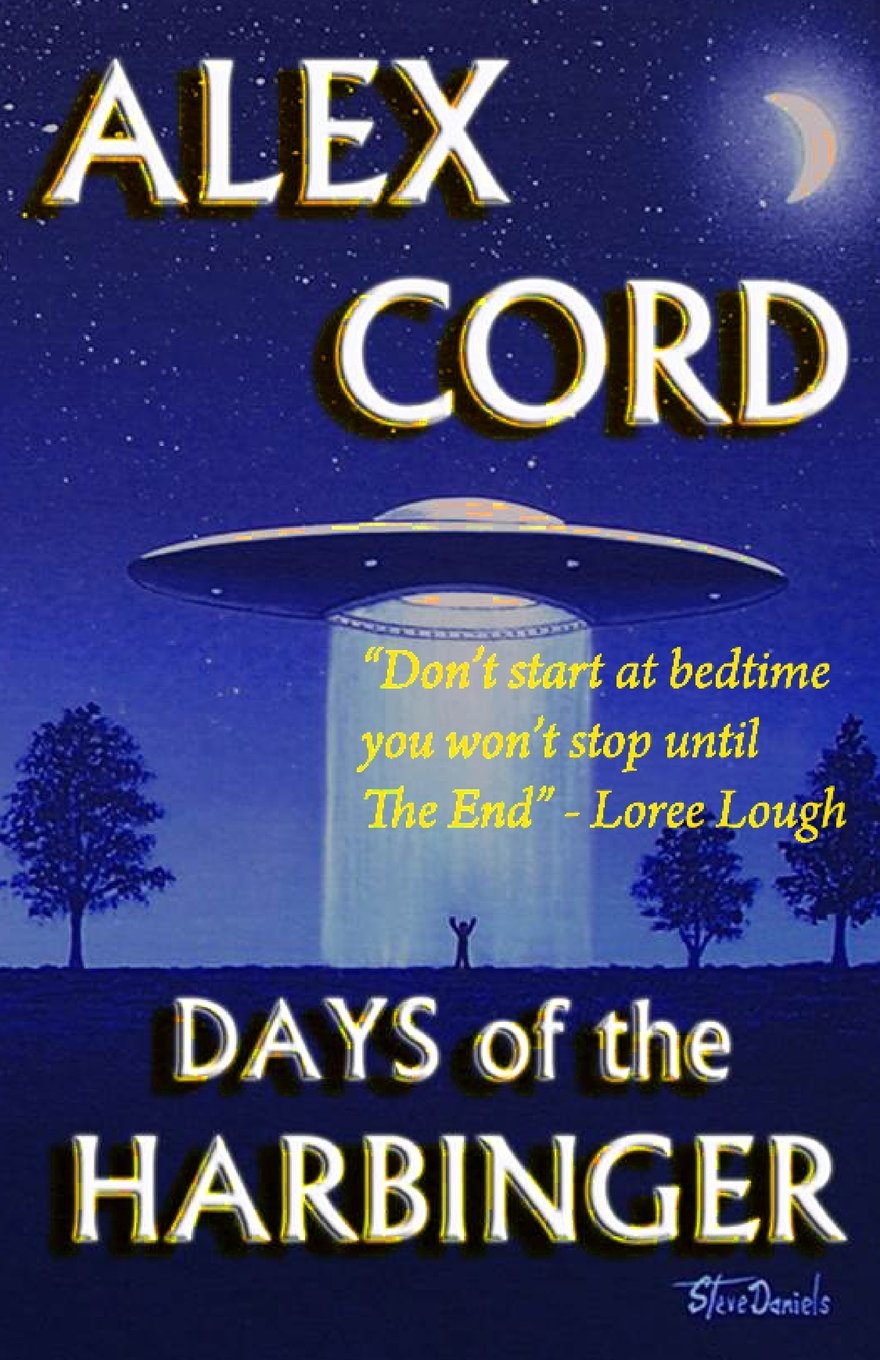 Get your copy TODAY!