Excerpt from Green Kitty by Alexandra Faer Bryan~ Just For You!

A Hypo In The Bum: Author Robert J. Watson Lets It Out

Michael Haden and Tom Ufert both know the side effects of drinking and driving. Most importantly, they both know the side effects from addiction. Now, Tom Ufert,, author, politician and advocate will explain he has struggled with addictions. His addictions to sex, drugs and drink did not hinder his career—but they did change his life. A drink fuelled car crash led him to a hospital bed where not only did he have a cervical fracture, it was also discovered that he had HIV. His whole world fell apart. Tom had to mend every fence bit by bit. His book “Adversity Builds Character” tells all.

Now, Michael Haden is a case of a man affected by the loss of a loved one. A promising young student of his called Deana Murphy was killed in an accident. An accident she did not cause. A driver, drunk and emboldened by alcohol cut her down in her prime. Michael wrote “A Deal With God: The Power of One” to tell a story set in an alternate reality. What might have happened? What could have happened? If only Deana had been given a second chance…

Nick: Welcome to Novel Ideas for another interview, guys. Michael Haden, I am pleased for you to meet Tom Ufert.

Tom: Thanks, Nick for this awesome opportunity; and Michael, it’s a real pleasure to meet you. I’ve really been looking forward to this little get together.

Michael:  Great to meet you, Tom. I have been reading your great book! What a read!

Tom: Thank you so much.

Nick: Michael let me start by asking you–your book “A Deal With God” is enough to scare the most hardened pro-drink supporter. Do your kids drink?

Michael: I know that my girls’ boyfriends drink. I know some of my girls drink. I pray every night they don’t drink while they are impaired. I pray someone impaired never jeopardizes them. I never want to get a call like I got when Deana was struck down.

Nick: In your opinion, is drinking more dangerous than smoking?

Michael: Alcohol is not as addictive as nicotine, but it is more dangerous. It is a double edged sword. It is bad for your body, especially your liver and kidneys, and it induces bad behavior. I saw a good t-shirt recently. It said “Instant jerk, Just add alcohol.”

Nick: Tom, do you think alcohol is as dangerous as Michael warns?

Tom: Yes. Without a doubt. For example surviving the last 21 years with 3 disabilities, coming from a shattered home, being “adopted,” sexually molested as a young boy, dealing with alcohol, drug, sexual addictions, my mother’s attempted suicide when I was 10 and her eventual passing as a victim of a mercy killing suicide, my heavy involvement in politics while dealing with my secret double life as a closeted homosexual, etc…All of this and I’m still rolling! Alcohol was a big part of my life—but all of that would have been easier to cope with had I left the bottle alone.

Nick: Explain further, Michael. Where do you see similarities?

Michael: My girl Deana was sexually assaulted at age 11. And I doubt she was heterosexual.

Tom: Yeah. I think our books do have something in common.

Nick: Can you explain what “A Deal With God” is actually about?

Michael: Sure. A young woman with an almost unbelievable biography andhuge aptitude is killed by a drunk driver. She was an orphan with no survivors. I wrote Deal to memorialize her and give her a legacy. I would like to make it known that in real life she was only 19. To make up the 5 year gap, I made her 24 in the book.

Nick: Tom, I think you would really enjoy it.

Tom: I would like to start by saying two words: how tragic! Kudos to you for giving her story a voice, Michael. I would certainly love to read this book.

Nick: Tom, how would you sum up your book “Adversity Builds Character” for new readers?

Tom: My book, ABC as I like to call it, tells the true story of my life. It takes you through all the struggles, strife and problems I faced.

Nick: What was your end goal for writing ABC, Tom?

Tom: The overriding message is that life is as life is. You have to either accept it, change it, or let it kill you. Sitting around complaining about it doesn’t do anyone any good. Especially you! The human spirit can accomplish amazing things. I found my strength in true love, community service in helping others, and trying to make the world a better place one person, one day at a time.

Michael: That is truly amazing.

Nick: It is indeed. I would like to ask you, Michael, have your kids read “A Deal With God,” and if so, did they enjoy it? Did they take anything away from it?

Michael: A lot of them think it is very sad, and I know some of them couldn’t finish it even though they loved what they read. It’s a real tearjerker at times.

Nick: Tom, I would like to ask you—how has your faith been affected by your life?

Tom:  I must admit that I’m not the church goer I once was. My faith in God is VERY STRONG, but no organized religion seems to grapple with the fact that no building or book could ever completely give God enough credit. More human beings have been killed in the name of God than any other cause in human history. I do have ties with the Roman Catholic church, and now with Pope Francis I’s humility, I have more faith in the church’s future.

Nick: Michael, how do you feel about Tom’s sentiments?

Michael: I’m not big on organized religion either. I do agree with you about Pope Francis I. I have had awful problems with extreme Christians. They really tear into my book because Deana wears a bikini, in Florida, of all places! They are truly merciless.

Tom: That stuns me.

Michael: I grew up believing the design of Christianity is to bring every one under the same tent. That is why we sponsor and have missionary workers. There seems to be a sect of Christians that are not inclusionary at all.

Nick: Tom, what are your views on this? It’s a subject that doesn’t get discussed much. 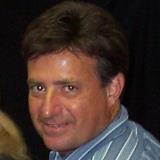 Tom: My favourite quote is by Voltaire, “God is a comedian, who’s audience is afraid to laugh.” I was educated by Jesuits who stressed being well-educated and making informed decisions. They taught us about the history of the development of the Bible. That is, I am sad to say, something most ultra-Christians don’t know about. They don’t learn how the Bible came about. Some tend to be so judgmental without realizing that’s God’s job. It’s not up to the average human being to judge another human being.

Nick: Do you believe you are a sinner, Michael?

Michael: Everyone is a sinner!

Nick: How about you, Tom?

Tom: I agree with Michael completely. Yes, I’m a sinner and I pray for forgiveness every day. As I’ve written in Adversity Builds Character, “Only when a man ignores his own selfish interests for self-preservation and looks after his fellow man, does he get it. That is when we find the divine essence in what Christ’s life was all about.”

Nick: This has left me wondering one question. Michael, if you could make a single deal with God, what would that deal be? 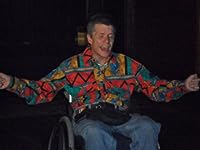 Tom Ufert lets nothing get him down.

Michael: It would, without a doubt, be to have Deana back on Earth where she belongs.

Tom: Amen to that.

Michael Haden and Tom Ufert are on the same side. The side of freedom, love, pure Americanism at its best. I think you would love their books. I enjoyed both of them. Give them a try.

Thank you for reading.