“Write In Recollection and Amazement For Yourself.” Terry Irving Channels Jack Kerouac

Cliff Roberts is a man accustomed to the public eye. He was a politician, a CEO, a businessman and a police commissioner. Now, retired, disabled and contented, he writes. He is a novelist.

Tom Ufert, politician, world traveler, charity fundraiser and writer has met his own struggles with addiction, sexuality, illness and has turned them into strengths.

You don’t need to pity these guys, you can LEARN from them… 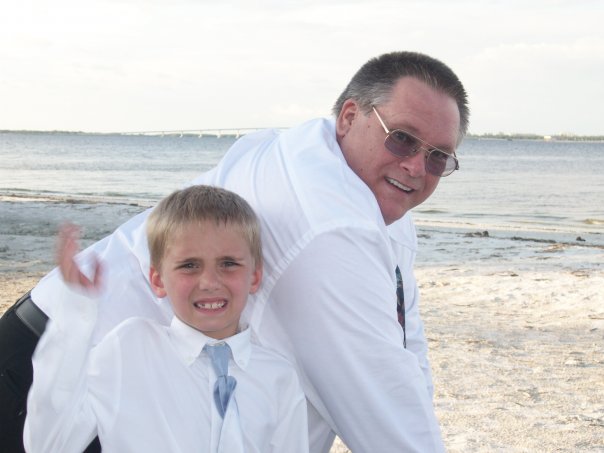 Cliff Roberts, a man at home with his family.

Tom: Thank you, Nick. It’s great to meet you, Cliff.

Cliff: Likewise, thank you for inviting me to be apart of this wonderful summit.

Nick: Now, you are both ex- politicians, correct?

Cliff: I claimed to be reformed.

Tom: Yes, EX. I recovered my brain and conscience.

Nick: Okay- no politics. Let me start with you, Cliff. You were a successful businessman, a wealthy politician, and you have run major companies in your time. Now, you are disabled, living in Tennessee, and you write. How do you feel about that?

Cliff: Being disabled sucks after having been a very active sportsman most my life, but I can’t just sit around whining, so I took up my first lover–writing.

Cliff: I know people who have just turned off and now just sit waiting to die, but I ‘ve never been that type.

Nick: Tom, you have a similar outlook. You struggle with several disabilities, and you have never given up. Do you think the time was right for you to write a book?

Tom: Well, I think that with the world in its present state of affairs, people need to be reminded that things can get a lot worse…we all need to be aware that adversity is part of life, and only your will to NEVER SURRENDER will keep one afloat.

Nick: You are a true inspiration, Tom. Cliff, do you think you are defying the way disabled people are usually perceived by many people out there? You seem to be throwing off the pity and striving for greatness, as you always

Tom Ufert, a man in thought.

Cliff: I would like to say that I, like Tom, believe the same. I read the blurb on Tom‘s site about adversity making you stronger and it’s true. Every challenge changes you. It can be for the better or the worse, it’s up to you. That is exactly how I felt when I became disabled. It was just another challenge for me to overcome. I think too many people believe that disabled means unskilled, incompetent and unable to think and do anything. I may need an editor, but I’ll tell you a story you won’t be able to put down or forget easily.

Nick: That was powerful, you really hit home there, Cliff. Tom, as a guy who suffers with HIV and MS, have you been faced with similar prejudices to Cliff?

Tom: Oh, yes! I prefer the PC term ‘physically challenged,’ Nick. I can tell you though one thing is for sure, being in a wheelchair means I don’t have to replace my shoes as often!

Nick: Do you two realise how inspirational you both are? You must realise that people can learn so much from your experiences.

Cliff: I don’t know about myself; he’s in a chair, I’ve hopefully got a few years before I’ll need one most of the time. I just try to do all I can and avoid getting down about it. You just have to keep plodding on and making the best of situations.

Tom: People need to remember we may not have all our physical attributes, but we’ve still got our minds. Take me–I have only use of three fingers on hand, two on the other, but can keep up with most typing fifty words a minute; plus, with modern technology like Dragon voice activated programs I can write damn well. What I do isn’t amazing; it’s just adjusting to what life has thrown at me, and I keep moving on forward. I try to inspire others to live life rather than just survive it! That’s my aim.

“I TRY TO INSPIRE OTHERS TO LIVE LIFE RATHER THAN JUST SURVIVE IT!” ~ Author Tom Ufert

Cliff: I never felt that I was anyone special having overcome my challenges until a local newspaper writer interviewed me and he claimed I was the most inspiring person he’d met in twenty years of writing his column. I should have been in a home several times I guess, but I refuse to quit. It’s just as Tom said, people think because your body is broken, your mind doesn’t work. As long as I can think I’ll keep doing all I can to reinvent myself as I need to. But writing is totally freeing. I can do the things that I’ve always wantedbut never was able to even if it’s just in my mind.

“Just remember, I don’t stand for handicap jokes…” Tom explains with a smile.

Nick: I think you are right, Cliff. Okay, Tom, your book “Adversity Builds Character” tells of your life and struggles. What do you think was the hardest obstacle you faced?

Tom: The will to live and make the world a better place is what keeps me going. For me, the greatest obstacle was having all three disabilities—MS, an incomplete spinal fracture, and HIV. Divine inspiration and a whole group of support covering my back kept me going. My ability to inspire others to help the less fortunate is the drive that spurs me on every day.

Nick: So inspiring. Cliff, let me ask, did you ever believe that you would be writing a book, at what could be described as the lowest ebb of  your life?

Cliff: No, I never considered it when I was able to function. I  was always looking for the next business opportunity and trying to build my world financially. I fought the changing of my body as long as I could without even thinking about whether it might be something other than getting old. Then one day, the doctors said I should stop and focus on living because what years I had left were going to be a struggle. To me, writing was just that thing I had tried when I was a kid in college. Now that I’ve got several books done, I can’t imagine not having written all along. I should have, but life got in the way.

Nick: Tom, if you were still fit and healthy, do you think you would have written the book?

Tom: I’m not sure, but writing about the other adversities–struggling with my sexual identity, drug/alcohol/sex addictions, my mother’s tragic death, being sexually abused as a child, being “adopted”,etc…certainly was a cathartic experience, and I can only hope my insights help others. I am enjoying writing, and with three additional books planned, I think it’s become a new niche to mark my place in the tapestry of humanity.

Cliff: Tom, will all the books be in the same vein, the same inspirational memoir genre?

Tom: Actually, no, Cliff. My second will– it’s a sequel to my first book “Adversity Builds Character.” The third book will be a kind of unique travelogue about my year studying in Australia, while the fourth is a very philosophical text utilizing texting acronyms to guide people in our modern age.

Cliff: I’ll look out for them. I am really enjoying this interview, guys.

Tom: I am, too. My memoir was inspired by my godmother/grandmother who suggested my story could really help others. If I could survive all this in just thirty-four years of life, then others can survive their life struggles, too.

Cliff: Your website showed that you’re quite the world traveller with book signings and such all over the Far East. Have you considered motivational speaking?

Tom: Actually, my book is going to the Far East. I’m not. I’ve only travelled to Canada and Australia. I am, however, still young, and I am ready to travel anywhere to get this book to those who need help. I am working with my team to get a speaking career rolling. Do you know, Cliff? When I visited Australia, I gave twenty-six speeches, and I kept on speaking right through my political career. I have always enjoyed speaking in public.

Cliff: I know the feeling. I gave more speeches as a politician than I can even remember. I think it becomes second nature at some point. Your writing is inspiring, and you write very well. Nick, I am sure, is just sitting back relaxing as we do all the conversation.

Tom: Politics, the gift of the gab, not knowing when to keep quiet. Do you think your first book “Reprisal!” is your best?

Cliff:  No, I don’t think it is my best. My style of writing has improved from the blunt force approach that is “Reprisal! The Eagle Rises” into the books that I’ll be releasing as we go forward that are more subtle with better flow in the intrigue; but having said that, I firmly believe that “Reprisal!” is just as good as any action thriller you’ll read by anyone.

Tom: I have added “Reprisal!” to my reading list! They strike me as similar to other action thrillers I like in James Patterson’s style.

Nick: Cliff, do you think people will take to ‘Reprisal!’ in the same way they took to you as a politician?

Cliff: I hope they do. I won my election with a landslide victory!

Nick: Tom, what do you think makes your life fulfilling?

Tom: Community involvement. My adopted family and Jesuit educators stressed that. I have to say that family and friends are vital, but for me, sitting around and being complacent is a sin. I love contributing to my community, my nation, my world, and my species. In my opinion, it’s kind of what God had in mind when he made man in His image. Otherwise we’re just another animal struggling to survive which doesn’t live up to the higher power of human capabilities like Einstein, Motzart, DaVinci, and Christ Himself.

When things go wrong as they sometimes will
When the road you’re trudging seems all uphill,
When the funds are low and the debts are high,
And you want to smile but you have to sigh,
When life is pressing you down a bit,
Rest if you must, but don’t you quit!

Life is queer with it twists and turns
As every one of us sometimes learns,
And many a failure turns about,
When he might have won had he stuck it out;
Don’t give up though the pace seems slow,
You may succeed with another blow.

Success is failure turned inside out,
The silver tint of the clouds of doubt,
And you never can tell how close you are,
It may be near when it seems so far;
So stick to the fight when you’re hardest hit,
It’s when things seem worse,
That you must not quit!

Cliff Roberts first published work is called “Reprisal! The Eagle Rises.” You can get this great book here!

Tom Ufert‘s first book is called “Adversity Builds Character” and tells an important story. How did Tom overcome the traumas, trials and troubles he faced in life? How did he survive? You can get his book right now, right here!