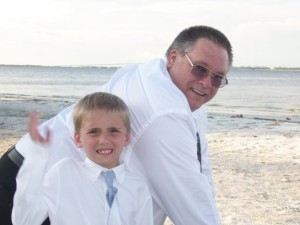 Chris Keys has written “One Mistake” (released on Amazon June 1st). What a tale it is!

I think it was always on the cards that Chris would write something that would stick. If he has a chance of gaining a worldwide bestseller, it is with this one.

Tyler Stone is a man possessed as he deals with the reality of an impending divorce. He knows he will lose everything in the end. He knows that he has ONE chance. He needs to kill her and he needs to create the perfect murder.

He can’t afford to make ONE mistake…

Every crime is solved with the help of one criminal oversight– whether it be Columbo finding the all important cigar butt shaped piece of evidence or Kojak seeing a reflection of the murderer on his shiny, bald head. There is always one major clue that leads the cops, PI or inquisitive niece to the real murderer.

Tyler researches, he plans, plots and finally he has the perfect murder.

The only question now is… Will it go to plan? Will he succeed? Will he rid himself of a wife who wants nothing more than to destroy him?

Chris Keys kept me on the edge of my seat with this one. He kept me rolling around turning pages and glued to his words. I didn’t know what would happen next. The plot twists, it turns, the way he drives the narrative to keep the reader right on top of the story is masterful. You feel like Chris is telling you the story over a bar with a beer. His words have a warmth seldom seen in a book. He makes you feel like his secret companion, the one he needs to tell the story to before he dies.

Now, on the downside, this is the first book that truly shows a side to Chris Keys that really makes him stand out. His earlier books, interesting as they were, did not have the same feel. This one feels like something that you would read again and again and again. It has a sticky feel it to. An addictive feel. I don’t think anyone could accuse him of being anything less than original with this one. If you read his earlier work you will be disappointed because this one is really the peak. It’s the one that will define the work of Chris Keys.

The book comes out early next week and you would be crazy to miss it. Absolutely crazy! Don’t make even ONE mistake…

“Chris Keys is a writer I have always wanted to emulate. If ever I write fiction, it will be in the style of a great writer like Keys.”~ Pat Mcmillan~ Author of “Happiness For Kids” and Happiness consultant.