Terry Irving and Tommy Clark are two authors currently doing a free giveaway on KDP. I was asked to mention both of them on my site today. I thought the best way to do that was to just put them together in their own little free corner! Let me tell you about their work… 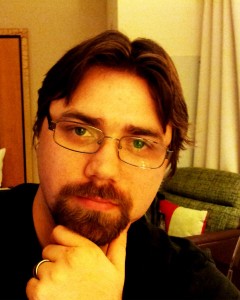 Life in Rogue’s Phoenix has been simple for Dylen Debaskin and his brother, Tristen. Squires to their prince, Ryddin McRuine, they long to become knights. When problems arise with trade between the neighboring countries, they find an opportunity to prove their worth to their prince and his father, the king. But the party soon begins to realize that the trade problems barely scratch the surface. As they delve deeper they discover that there’s much more at stake than they had imagined. A reclusive thieves’ guild known as Blackshroud has started making waves between the four factions of Rogue’s Phoenix — and their plans just might be bigger than the squires and their prince can handle.

“I was asked to review his latest release Rogue’s Phoenix Chronicles Book 1: Thieves and Kings. What did I expect? Well, I wasn’t sure exactly. I know Tommy is a fine writer, but he is also working with a subject that has been written to death. The fantasy world of knights, kings and all things currently associated with role-playing video games has been a subject I have been asked to review a lot. I have turned down many of them, so why am I reviewing this one? Several reasons– the first being that Tommy Clark can write and he writes with distinction. He makes the story his own. The second reason is that I think he has a long future ahead of him! I really do believe that he has one of the most interesting writing styles of today.”

“First I have to say that I do not like fantasy fiction–like not even a little bit–so the main reason I give this book 5 stars is for the simple reason that it kept my attention from page 1 to the end. There were a few loose ends at the end of the book which kinda annoyed me BUT I know that the second book will be coming out around the holiday season 2013 so I’m hoping my questions will be answered then. The story is enjoyable, the characters are memorable. I would definitely recommend this book to any other self-titled fantasy fiction haters!” 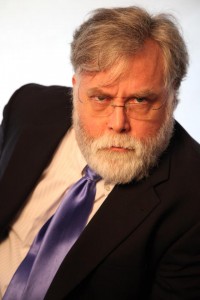 Terry Irving has already written several books… His “Courier” novel was a smash hit, and he sold the sequel “Warrior” before it was even written. Then, under the guise of Mike Mauss, he wrote “The Unemployed Guy’s Guide To Unemployment” and hit another home run. Now, he brings his life to the forefront with this latest release. The book is called Full Circle and tells the story of his early life.

Terry Irving first arrived in Washington, DC as a shaggy college freshman protesting the Vietnam War in 1969. Almost 40 years later, he is still in Washington, writing books and working as a freelance journalist.

His career has spanned world events from The Berlin Wall to the Indonesian Tsunami; he has worked everyone from Ted Koppel to Don Imus, and he knows the truth behind the television images and the sadness and depression that often underlies the cheerful facades of journalists, politicians, and celebrities. This is his story!

Most writers of history were never present at the events they write about. Most also don’t include autobiographical points writing about it. In “Full Circle: (Time Cut: 1969 to 2013)”, author, award winning producer and one time motorcycling courier for TV networks, Terry Irving, writes as historian and autobiographer. “Full Circle” is at times gut wrenching at the same time as being as free wheeling as the early 70’s time frame he presents here. But the book is not just one of history, it is also the story of the development of a man from the dysfunctional academic parents to finding his place in a rapidly changing world. It’s a fascinating, fast paced read throughout. Looking forward to more from Terry Irving.

Terry Irving must be one of the most interesting men on the face of the planet. I am not kidding! He has literally experienced everything a man can experience. This is the first volume of his biographical series, and it has been the first book to keep me wide awake with anticipation for the next volume in a long time!

What does Irving do that works so well? He just writes with such intense honesty! His family were rather weird, and he just tells all as he witnessed it. His alcoholic mother and his distant father. The haunting successes of his family and the deep, dark lows of his family all did their part to create the writer as he stands today. He tells how he was expected to be a failure like his “uncle” and a failure he believed he would be…