The Vase with the Many Coloured Marbles has been available for sometime as a paperback and as a download… BUT NOW you can get your free sample copy off Amazon for nothing.

Jacob has been lauded as one of the most exciting writers to come out of South Africa.

Praise for “The Vase with the Many Coloured Marbles:

“Let me begin by saying this is not the kind of book I gravitate to. I read it out of curiosity after the many comments I read about it. But once I began I was completely drawn into the story.
The book spans the decades before and during the struggle to deal with apartheid in South Africa, up to recent years. Singer follows two female characters, a mother, Emma, and daughter Marla through Emma‘s early years, right into Marla’s adulthood, from the times of a racist country in the throes of Apartheid to the present struggle to rid itself of the lingering effects of that destructive policy. This is a book about politics, racism, and the struggle for equality. Yet it avoids the common pitfalls of focusing on the sensational aspects that so often show in acts of rage and violence. Rather, it stays inside the lives of two very `real’ people learning how to live in a segregated world without losing their dignity or becoming embroiled in violence. These are the stories we do NOT see in the news. And it is this approach that makes” The Vase With The Many Coloured Marbles” an engaging, thoughtful, often tender tale that draws the sympathetic reader in. At the same time it manages to educate the reader about life, politics, and the struggle for equality in South Africa. It teaches without preaching, speaks without orating, educates without becoming academic.”~ 5 Star Review 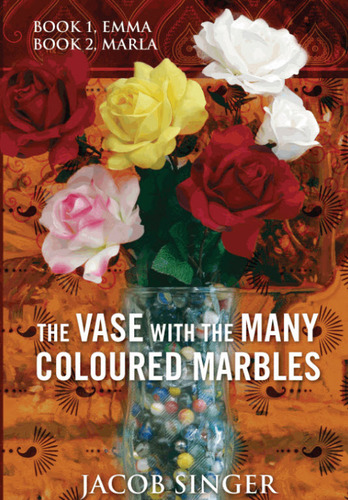 Get your FREE copy right now!