“Hello, I Will Keep Coming Back!”

The Artist Speaks — A Profile of Comic Artist, Andrew Tunney

Andrew Tunney is one of those guys who has achieved great success in probably the hardest creative business to break into. He is an artist, an applauded artist. His first comic was called GIRL&BOY. Not only was it an instant sales success, it was nominated as best comic in the first British comic awards. So how does an artist break into the mainstream? Andrew has worked on some of the best and most innovative work of recent times. Travelling around the world to complete projects makes it hard to tie him down for an interview… I managed, and what follows is one interview that really had me hooked.

Q) Hi Andrew, let me start by asking how you originally became an artist? What was the major catalyst for you?

A) I don’t really remember starting. I’ve always just been drawing for as long as I could remember.

I grew up reading a lot of comics, watching a lot of cartoons (like anybody else at that time), and I was just always drawing alongside that.

Q) What actually attracted you to art in the first place? All the artists I have interviewed have always said that the major draw was comics. Would you agree with that?

A) Comics and animation were the big ones for me. I think it’s because of the stories attached, they’re probably the initial draw, because at age 4 or 5 or whatever I was, I obviously didn’t have much in the way of artistic critical thinking. The attraction is all just on a gut level. There’s lines and colours and stories and you just absorb all that in.

It’s only later in life that you can start actually figuring out what it is specifically that’s working on you, and why you respond to it.

Q) Did growing up in Manchester influence your work at all? I know there have been some tough economic times up there.

A) Well, I grew up lucky. I have musician parents so I travelled with them a lot because of their work. Most of my early memories are of the US or the Caribbean, really.

Q) Would it be true to say that you are from a totally artistic background then?

A) Pretty much everybody in my family is a musician. My dad’s side are all brass band players, club musicians, and my dad is swing band leader. My mum sings in the band, too.

[pullquote align=”right” textalign=”center” width=”30%”]”There’s no secret. Work hard, teach yourself how to learn on your own, and try not to be a dick.”[/pullquote]

Q) How did it feel to grow up surrounded by all that creativity?

A) Well, it’s hard to say because I don’t know any different.

I’ve never had any problem getting them to support my choices, though. I grew up in a home where it’s okay to follow your dreams… but they also know the pitfalls.

Q) Let me ask this, Andrew. Do you think it’s important that people understand that in the arts there are many pitfalls, and one of the biggest is that it isn’t easy at all to become a ‘paid’ artist?

A) Totally. I think there’s always a variation of the bohemian ideal, or the hipster lifestyle or whatever you want to call it… where artists can just sit around idly doodling, drinking weak tea and listening to indie bands and they’ll be superstars. It’s never like that.

Q) What is it really like to be a struggling artist trying to break into the scene?

A) Well, Nick, the reality is most people who have broken in are still struggling.

Q) Would you say with all your credentials, work and your reputation, have you broken through or are you still struggling?

A) I have a level of exposure that I’m pleased with, for the moment. But everybody’s always looking down the road to the next thing they want to achieve. It’s still the truth that nobody in this business has it easy.

Q) I agree, it’s always about the next job- the next great achievement. So, tell me about the nickname “2hands.” What’s that about?

A) 2hands is a name my friend gave me way, way back, around when MySpace was popular. 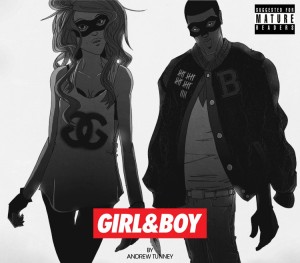 A) Yeah, it’s just one of those nicknames that has stuck. I do a lot of drawing out in Manchester, in the town centre, drawing people and buildings, etc., partially to stay up on things and partially just because it’s fun and you meet people.

At that time, I’d just taught myself to draw with both hands at once so I was doing a lot of that. It got the attention of this group of people, and one ended up calling me 2hands and it stuck. We’ve been friends ever since.

Q) Drawing with two hands? Is that as hard as it sounds?

A) I don’t do it all the time. I’m naturally right handed, but going through art school doing life drawing classes a lot you get taught to try your opposite hand, or drawing without looking.

When I was out drawing, I’d swap hands to keep from getting stale, then eventually I tried both at once. It’s just another thing in my tool box.

I used to do live painting at festivals and club nights, so I’d bust out both hands for the crowd. Give ’em the old razzle-dazzle as they say.

Q) Let’s talk about your published work. Your debut self-published comic GIRL&BOY was nominated for best comic in the first British comic awards. How did that feel? Did you expect that?

A) Well, first of all, I was proud just to see the British Comic Awards happen. Adam Cadwell and the team behind it put in a lot of work to get that off the ground so it was great just seeing that happen. It’s a great achievement for Adam and for the collective scene in the UK.

I’d heard people had been suggesting GIRL&BOY for consideration because people had been writing to tell me or people I’d met at conventions, so I was hoping it would get on the short-list. When I got the confirmation, I was actually in New York.

I was out there for NYCC (New York Comic Con) and I’d been out late with some comics people, and the following morning I got woken up by my phone going off.

So I woke up super cranky thinking, “Which asshole is texting me in New York at this time in the morning?” but it was the official text saying I’d made the short-list. So I had a little moment there in front of the bathrooom mirror like, “Is this really my life right now?’

Q) Was it that much of a shock? It must have felt amazing to be recognised for your talent in such a huge way?

A) Yeah, it’s amazing. I know a lot of people think there’s this sort of secret Artist Code where you aren’t supposed to get excited or acknowledge things because it’s not ‘real’ or cool or whatever. But I don’t care. I was in NY which is a special place for me, finding out my first comic was put alongside the best in the country.

Then later, I had to go do my first signing ever at the convention alongside heroes like Mike Oeming or J M Dematteis. It’s every boy’s dream right?

Q) I have to ask you- what was it like working with George Vega over at Vegamation Press?

A) George is a solid dude. I’d seen his previous artbooks promoted on Deviantart, and he kept picking up all my favourite artists for Vegamation. I always hoped I’d get to be in one some time. It’s true that almost everyone he’s featured has gone on to do big work. We just got talking one day, and he just asked me to be in the next one. I said yes and that’s that.

Q)The book you worked on together was called Introducing: Volume 4 correct? What was it like to work with such a great team on one project? Can you tell me a little about it?

A) Yeah it’s Vol 4. We talked about which pieces he wanted of mine, which ones I wanted. There was a focus more on comics this time around which is why there are some GIRL&BOY samples in there

Andre Araujo was in it, too. He’s got a book coming out from Marvel soon, I think

Shawna Mills is an artist/animator from NY who’s dope; Alessandro Micelli from Italy and George decided to throw down, too, in this one which I think is the first time he’s put his own work in the books.

For my part, I ended up giving a cross-section of my career with some old, some new, and some stuff that hadn’t been printed yet.

Q) How do you know when you have something you can use? Do you have to draw a lot to find usable material or can you just draw good stuff as you need it?

A) When I sit down, I hope that magical gold streams out of my fingers on to the page and I just mail it off to the printers and go party. But usually it’s a lot of give and take. There’s a Hemingway quote I have above my desk–

I write one page of masterpiece to ninety one pages of shit. I try to put the shit in the wastebasket.

Q) Great quote! Okay, one last question. What would your advice be to a young artist trying to break into the business?

A) There’s no secret. Work hard, teach yourself how to learn on your own, and try not to be a dick.

Q) (laughs) Thanks for your time, Andrew!

Check out the work of Andrew Tunney in his blockbuster graphic novel GIRL&BOY and in the brand new Vegamation release Introducing: Vol 4. You can connect with Andrew at the links below: