Walking on the Writing Side of Me: Nick Wale Interviews Cliff Popkey 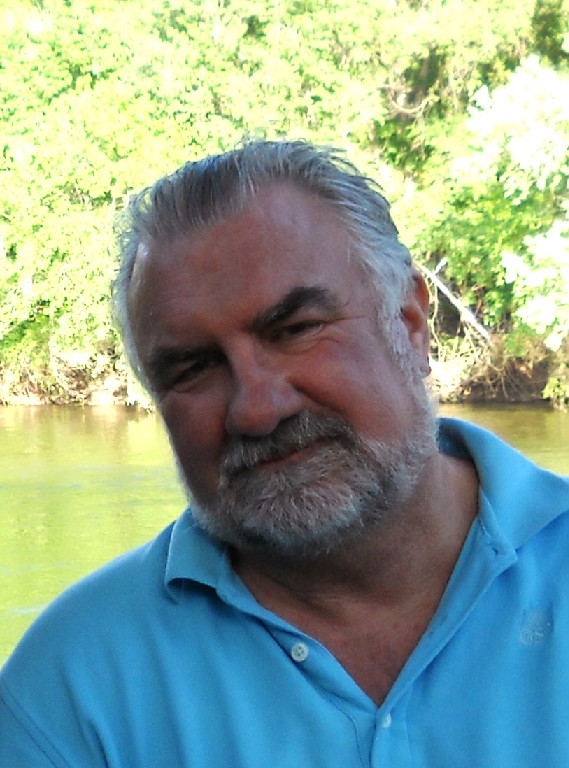 Did you know Lloyd Tackitt has a new book on release soon? NO? Well, I guess not everyone has heard about the Distant Eden series… A Distant Eden,  Adrian’s War, Eden’s Hammer and now Eden’s Warriors…

The Distant Eden series of books are “what if” books in a way. What if the world ended? What if the power went out? What if we were forced to fend for ourselves? What if? What about? When? Why?

The story centres around a character called Adrian Hunter. The story starts with A Distant Eden. It is December 2012, a massive solar storm knocks out the power grid. Three hundred million Americans are suddenly faced with a survival situation. They have no water, electricity or fuel. Food rapidly disappears from the store shelves, not to be replaced. Only three percent will survive. Those three percent will have much in common. What does it take to be one of them? The second book Adrian’s War takes place three years after the solar storm wiped out the power grid Adrian Hunter embarks on a journey to the mountains, determined to live and survive by utilizing his knowledge of stone age techniques. He encounters a band of raiders who attempt to take him prisoner – and Adrian’s War begins.  Eden’s Hammer continues the story. It’s three years after the electrical grid was obliterated by a huge coronal mass ejection, and ninety-seven percent of America’s population died. Adrian’s war with the mountain cannibals is over and his uncle has called him home with chilling news. Something is going to annihilate Adrian’s home village, Fort Brazos. Roman (Adrian’s uncle) won’t say more than that over the radio. It takes Adrian three weeks to get home and find out what the coming threat is, and what he can do about it.  Eden’s Hammer begins with his arrival.

What will happen in Eden’s Warriors?

Mr. Tackitt’s storytelling prose is a near perfect blend that keeps you turning the pages, either real or virtual, at a record pace. In this installment, Adrian is forced to train and lead an even larger force against an even worse adversary.

Man, if you are a fan of this genre you are going to fall right into this book and the ones that came before it. Enthralling would be a good way to describe it. I’ve enjoyed many books in this genre including Lights Out, Survivors, Truth’s Blood and others, but this one rates right up there with the best.

If you like the other books about Adrian, you will love this one. More of his history and character are revealed and his leadership skills are put to the test again. Many twists and turns and great ending.

So, when I heard about the new Tackitt book, I thought to myself…. Wouldn’t it be wild to have some excerpts for my readers?

Lloyd emailed back as friendly as ever.

What did I get?

I got some excerpts, a preview and more importantly, a new interview with Lloyd… Wild world!

“Lining up the front sight up just below the kidnappers chin, he knew that at this short distance the bullet would enter slightly above the man’s eyebrows, centered between them. Gently he squeezed off the first shot, not waiting to see if the bullet hit its target or not, he knew it did, he didn’t miss at this range. Instead of watching the first man go down Adrian swung his rifle slightly to the left and shot the second man in the chest, no time for pin-point aiming now that the action had started.

“The third kidnapper dove behind a downed tree. The tree was too small, Adrian had a good view of the man’s back and shot him in the near side shoulder blade, the bullet exiting at an angle that took out heart and lung. The three shots had rolled out sounding like one long extended shot. The third shot echoed through the forest into silence. For a long, long moment, nothing stirred. No birds flew or sang, no squirrel scampered up a tree. Every living creature had frozen in place. Then the older of the two girls stood up, holding her hands up showing they were tied, having the clarity of mind to try to keep from being shot by someone that might be overly excited by the action. She needn’t have worried. Adrian wasn’t excited. He had merely executed an action that needed to be performed. He watched from cover for another thirty seconds, waiting to see if anything else needed to be done.

“The second girl stood up, she was much younger, maybe seven or eight. The older girl looked to be in her early teens, maybe fourteen. They weren’t trail dirty, their hands and faces clean. Their clothes weren’t new, but weren’t torn or soiled. Adrian noted that the two girls’ facial expressions were those of scared girls, not of victims. They couldn’t have been captured more than a few hours ago. He thought to himself.”

Want more? Well, we will be running more over the coming weeks to count down the days until the new Tackitt bestseller hits the charts.

You can catch the previous Tackitt bestsellers here!

I can tell you, this is one book worth waiting for….