Nick Wale Interviews Author Stuart A. Barton About His ‘Hunger’ to Create…

Michael Phoenix is unemployed in Allentown, PA. Allentown has a reputation for being one of those cities caught in a web of unemployment– a victim of the demise of Bethlehem Steel. I asked Michael about the city of his choice and he doesn’t seem to be too worried. Allentown is going through a re-birth, a brand new start, and so is Michael– from homeless and unemployed to journalist. They are both true Rising Phoenixes. It was a pleasure to interview a man so talented and hard-working. I present Mr. Michael Phoenix to you– author, journalist and self made man… 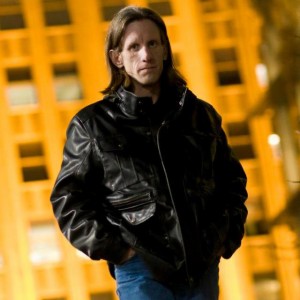 Q) Hey, Mike!  Let’s start with the easy one! Tell me all about Michael Phoenix.

A) He’s a writer who is slowly making a name. Someone who has been through the worst he could experience. Survived it. Restarted from ground zero.

Q) Right from the beginning? So what were these experiences that shaped you?

A) The death of my wife. It changed me to the core. Everything I believed was gone. Being attacked in a hotel room. Living on the street for eight nights.

Q) I am sorry to hear that, Mike. What was the most important thing you learnt from those experiences?

A) I learned that as long as you do not give up, you can survive anything. When one thing ends, something else begins. If I had not gone through those experiences, my book A Dream in the Night would not have been finished. The idea and first draft were finished. The final version and second edition were not. I just sat down and finished it. 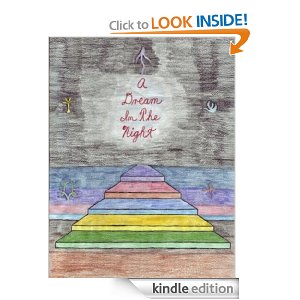 Q) Had you always wanted to pursue a career in writing? If so, when did that start?

A) I think it was second grade. It was the first thing I remember. I got an A for a Haiku poem. Then, when I was14, a friend died. Writing became an outlet for my emotions.

Q) Would you say that it helped you overcome your grief?

A) Yes. It became a way of dealing with the emotions I could not express openly at the time. I still use it as an outlet. Part of it evolved to trying to help people out and making a difference.

Q) You live in Allentown, PA, one of the cities hit hardest by the end of industry. Do you help out your community?

A) Financially, I cannot do it right now. I try to do it through my writing.

Q) Tell me about your writing– how do you write? Late at night? With music? What’s your writing style?

A) My writing style is freestyle. The ideas hit me at unusual times. Sometimes at night, when I am out, etc. Music– I have always loved it, but never had the natural talent. I do want to learn it in the next two years.

Q) Is there a book inside you that you haven’t written yet but badly want to get out and onto paper?

A) Actually a few. One is a series revolving around ancient artifacts. The other is continuing the story of wraith in the night.

Q) You mentioned your book A Dream in the Night earlier. What is it about?

A) Basically, it’s an auto-biography. What I experienced. Hopefully, it can give others hope. It deals with being alone. Death. Surviving the teenage years. Looking at life from dusk to dawn.

Q) Has living in Allentown shaped you at all? You told me once the Billy Joel song wasn’t accurate– is it actually a nice place to live?

A) Living in Allentown has had an impact. Coming back to the area after eight years, I see it with fresh eyes. Like every other city, there are good and bad sections. The Billy Joel song is dated.

Q) Well you choose to live there, correct?

A) Yes. There is a lot to do in different areas, lots of interests. I just cannot get used to the cold (laughing)! Allentown is going through a sort of re-birth. Several old buildings are being replaced with more modern ones. The city government is building an arena and waterfront.

Q) Do you feel that it will change the image of the city? What are your feelings on this ‘re-birth‘?

A) I give them credit for trying. I just do not know if it will work. Time will tell.

Q) So why did you agree to an interview with me, Mike?

A) I looked at your site. You are very professional and neutral. That’s something I respect. I am very serious.

Q) Well, thank you for your time, and I believe you have a great future ahead of you.

Mike doesn’t say a lot. He chooses his words carefully. I think you will agree, however, he makes his point. Words so easily wasted and I think Mike knows that as a journalist he can’t afford to waste a single letter.