Stamp Out the Neanderthal- The Future with Ken Howard

Jeff Bishop is an author. He has written an excellent book called A Cold Coming detailing a very tragic experience– a family secret now pieced together for all to understand. He is also a man on a mission. The book hasn’t been written for his own personal profit. Jeff now sells his book to help out his cousin Brittany Jones Hallmark . She is a girl who, against all the odds, achieved; but due to a cruel twist of fate found herself in a car accident. She has survived, but she now needs operations, medical care and attention. Jeff sells his book to help her through this difficult time. I asked Jeff if I could interview him– just to do my part– he said yes and we sat down for an interview. I just hope we can all help Jeff to get Brittany the help she needs… 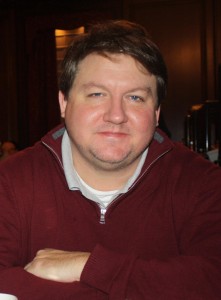 Q) Nice to meet you, Jeff! Tell me about yourself..

A) Nice to meet you too, Nick! I’m a public historian. You ever heard of such a thing? Most people haven’t, so no shame!

Q) Well, I better just ask the question! What is a public historian?

A) Funny you should ask. Well we fancy ourselves a bit outside mainstream academia. We don’t write about history primarily for historians, as many historians do. I say this as someone who just had his first peer-review journal article published, so maybe we do a little of that, actually. But we like to get outside the ivory tower, outside the academy.

We don’t look down our noses at what local historical societies are doing. We want to get involved and help them interpret history for the public.

A) I edit a blog called On the Trail of the Trail, so a big area of interest has been Native American history and Indian Removal. I’m president of the Georgia chapter of the Trail of Tears Association, and I serve on the national board.

Lately, my interests have veered into a new direction. Last month, I started a more experimental and less news-oriented blog called A Cold Coming. Originally it was just to promote my new book, but it has morphed into its own thing, really.

Q) How has it evolved? Tell me about the morphing process.

I did a lot of interviews with the oldest members of my family about two decades ago and put the tapes aside. What got me started was a massacre that happened back in the 1930s. It was a big family secret.

Only in the past six months or so have I come back around to it. The research was all done — it was just a matter of piecing everything all together.

Q) The real base element of the work of any historian is ‘piecing it together,’ right?

A) Right! (I should mention at this point that I work at the Department of Public History at the University of West Georgia in Carrollton, GA. I’m pursuing my graduate degree.)

So, the material I’ve gathered is taking two forms. One is the linear story, a “true crime” story set during the Great Depression, and that’s the novel. But then the blog offers this interesting interactive element. I’m using the blog to post all the research that went into the novel, as well as actual sound clips, old photos, etc. It’s like a massive collage; or an extended beat poem, but set during the 1930s. And to flesh it all out, I’m also including links to videos that describe a lot of events and the cultural milieu that’s referenced in the novel. The blog is stream of consciousness, like a dream — as if you’re floating through the rural Deep South of the ’30s.

Q) Jeff, is this the book you’ve always wanted to write?

A) Yeah, ever since I was a kid. One of my blog posts is called “What’s wrong with Grandma?” That was the start of it.

I knew that there was something not quite right with my grandmother, but no one wanted to talk about it.

Q) Did you ever ask her what was wrong?

A) No, never. She never talked about it to anyone. She took it to her grave. But her older brother, on the other hand, he was a fount of information. So the book focused on his experience of the events. His version, you might say. He doesn’t always tell the truth, though. I discovered he’s kind of an unreliable narrator. The whole idea of an unreliable narrator fascinates me. That’s really at the center of the blog.

Q) So tell me what is the book about? You have stirred my interest!

A) My great-grandfather was a school teacher at one of those community one-room school houses your grandparents probably attended. We still have the little bell that sat on his desk. It’s cracked, which is an appropriate metaphor. Madness ran in the Latham family for generations. I found article after article about members of the family that murdered other members, that got sent to the state insane asylum, etc. But everything seemed all right with my great-grandfather, until it wasn’t. Then some very bad things happened. He was under a lot of stress. There was the Great Depression, of course, which devastated this family financially. He had also been forced to return to farming, which he hated. He had hoped to escape to the city, but things didn’t work out for him. While he was teaching school, he became romantically involved with one of his female students. It all went downhill from there. It all culminated with a horrific event on March 18, 1931.

Q) Well, don’t give away anymore details! Did you self-publish A Cold Coming?

A) I did. It seemed to be the way things are going. I didn’t even submit it anywhere. I liked the idea of having complete control over my work. I knew what I wanted to say and how I wanted to say it. These days, you really don’t need a conventional publisher to do that. It wasn’t a good fit for an intimate family story like this. Plus, this way I get a lot more royalties, theoretically, and I’m doing this to help raise funds for a cousin of mine who was in a horrific accident last week.

Q) Yes, I saw that on a Facebook status and that’s why I contacted you. I knew my readers would want to help out. Could you tell them the reason you are now giving your royalties to your cousin, Jeff?

A) Her name is Brittany and I’ve known her ever since she was born. She had some difficult circumstances while she was growing up. Her father was in and out of prison, the family never had much money at all. They lived in a trailer on my grandfather’s property in Alabama. Brittany always got As and you could tell she really wanted to make something of herself. She wound up going to community college, and then to the university to study nursing. She became an ER nurse and she had just begun working as a nursing instructor. She was excited about getting her doctorate. She just had her first child, too, a little boy; but on Friday she was in a terrible accident and lost her left arm. She has gone through one surgery and has two more to go, I believe. She’s stable. This all happened right as I was getting ready to publish the book, so it just seemed fitting to donate the proceeds to Brittany and her family. I know they’re going to have a lot of struggles in the coming months. 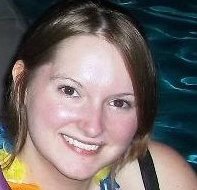 Q) I’m sorry about that, Jeff. I really want you to make as much money as you can for her– It’s such a noble thing you’re doing.

A) I just want to help. She has come so far, from such trying circumstances. It’s really not fair. Of all my family members, she is one of our brightest stars.

Q) Yes, it seems to me that she has done wonderfully for herself.

A) She really has. This is so undeserved. That’s one of the themes of the novel, actually. When tragedy struck my family in the ’30s, the kids were faced with the same questions. Why did this happen? Why us? Of course there is no answer to that question.

Q) That’s the most frustrating part. There is no answer and there’s no rhyme or reason to what happens half the time. When things like this happen it’s just sad. Where can people get the book?

Q) Where can people get in touch directly with you?

A) My email address is wjeffbishop (@) yahoo.com. I’m also on Facebook.

Q) Thank you for your time, Jeff, and I hope people really get together and help you.

Guys, if ever you needed to buy a book, this is the one. This isn’t just a case of promoting a book. This is helping to save a life and help someone along the way. I am sure that many of you feel, as do I, that Jeff is doing a wonderful thing. Why don’t you head over to Amazon and pick up the A Cold Coming or email Jeff? Just don’t stand by and watch someone stumble. This was an unfair act of fate and we can help rectify it. We can all do something to help Brittany. God bless…