Matt Johnson Takes to the Court with His New Book

An Interview With Joel Seath: Author and Creator of Beauty…

Joel Seath is an author who writes to find the beautiful things in the world and to explore the characters that make life wonderful and sad. I met Joel on my travels and immediately cottoned onto his love for all things literary. We set up and interview and he answered my questions with ease. I found myself sitting back to listen to what he had to say rather than thinking of another question. Easy interviews are rare– but this was one of the easiest. 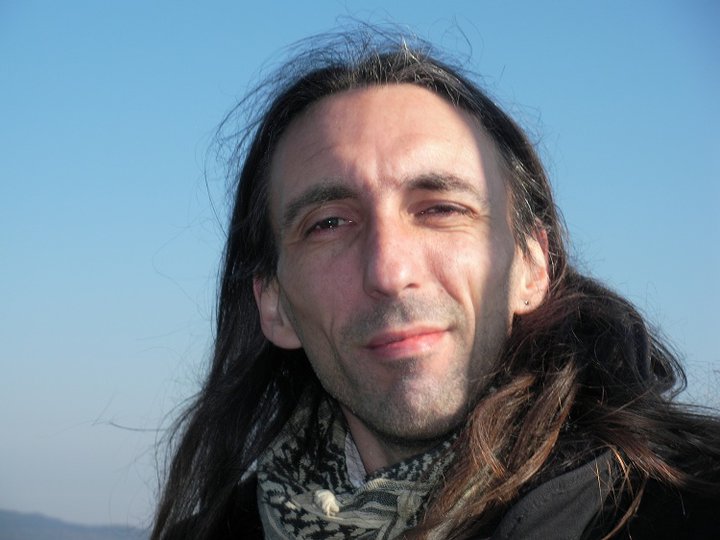 Q) So Joel, why did you become an author?

A) It’s a compulsion, a drive, I suppose. When you write you just need to keep on writing.

Q) What does a compulsive drive to write feel like?

A) It often feels like blocking out, locking in, sinking in. You know? Some days it’s a rush. Some days you read and re-read and it’s like you’re looking at something that shines (or might shine) and you want to keep that, show that, have that, always.

Q) Do you ever find it hard to stop yourself from writing? Is it like a daze or a dream you can’t break from?

A) Physically writing (or typing), yes, I suppose. I mean, it can be extremely immersive, as many writers will know. However, that immersion also plays itself out in the day-to-day, pen not in hand, computer not on. Words (or the possibility of them) are everywhere.

Q) Words are your thing as a writer? So what is your favourite word?

A) What an excellent question! A barman asked me what my favourite book was recently (your question reminds me of that): how to pick one? You can tell by the long pause that this has given me cause to think. I can tell you what my most recently learned word is (and, by extension, a current favourite): tenebrous.

Q) Tenebrous? So what does tenebrous mean?

A) It’s to do with the obscure, the dark, as I understand it. This isn’t a reflection of my writing; rather, the word has a sort of rhythmic quality to me.

Q) Well, you have to learn something new everyday! So, lets reflect on your writing. What do you like to write about? Tell me about your writing.

A) In all its forms, long and short, my writing is intended as a means of finding the small gems of this world. There are hidden things in between what we just see on the surface– there are textures and layers to relationships, subtleties, moments. I’m looking for the moments that also linger. There are ‘objects’ of beauty, even in the laments, in many places.

Q) It’s interesting that you write about “beauty,” as everyone’s definition of beauty is so different. What’s the most beautiful thing you’ve ever written about? What is “beautiful” to you?

A) Well, beauty is subjective, of course, but I’m sometimes taken aback by how things turn out. It’s unexpected. There are moments that happen which I read time and again because they still have some power over me. In one of my stories, a child’s brief interaction with the narrator takes me in every time; in another piece, it was something I wrote in a female voice because I needed to do this more, I was there with her, as her, in Venice because the words were in that flow state; poetry is a vanity, but there are lines of colour and there are lines that sink me sometimes. Questions such as these are like choosing between children!

Q) If you could write anywhere in the world– where would it be? What landscape would really incite your creativity?

A) On a beach, in the mountains, in a forest, all of these. Specifically, though I’ve done my fair share of overseas travelling, I’d come back to the west of Cornwall. Standing on the cliffs overlooking some of the little unknown coves down there, the sea and the wind in your hair and on your face, that huge sky (it really is huge, like they say in their tourism promotions), makes words just come in for me. The artists there laud it for the light; I just can’t get enough of the energy.

Q) I understand that you’re published so others can enjoy your creative energy. Which of your works are currently available?

A) I’ve got a collection out at the moment (Disintegration and Other Stories). I loosely label this as literary fiction (though that term can be interpreted in many ways). DaOS is out in ebook and print. This collection came together in an odd way: I didn’t realise that there’d been a thread running through some of my writings for a number of years. It was like seeing invisible ink slowly become visible. I’m working on a collection of micro fiction, which will be a first volume (Four Kinds of Wreckage) to be added to. Micro fiction is much misunderstood. Away from fiction, I’m also published in the field of what’s known as ‘playwork’ (a particular way of working with children). I’ve had writings taken on by the national/international playwork publication for the sector, as well as credits with the organisation concerned with psycholudic playwork practice. (Now though, I fear I’m stepping into the jargon of my other calling – though writing is also a big part of this, too). 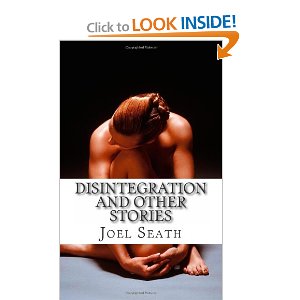 Q) So tell me Joel– why did you want to be interviewed by me?

A) You do a good job of finding writers, Nick. When I became aware of your work I came over to your blog, and yes, I like what I see here. What you’re doing is exactly what writers need– a way of getting their words out there.

Q) Thank you, Joel. One of my stock questions is to ask– if you could be any writer from any time who would it be?

A) As far as writers are concerned, I have a range (as we all do probably): Milan Kundera, Gabriel Garcia Marquez, Jeannette Winterson, Iain Banks, Ian McEwan, Italo Calvino, Jack Kerouac, Neil Gaiman, Adrian Henri. There are others. I wouldn’t want just one small list to define me, though we start somewhere with questions such as these.

Q) Characters are important to you. What makes a good character for you?

A) The unusual wrapped up in the usual. Subtlety people often might not see. The strangely put. Love in odd places, ways; perceptions of this. Someone who aches in some way.

Q) It has often been said that “repeated readability makes a book.” Would you as an author agree with that?

A) Yes, I think I would. Who was it who said that journalism is read once, whilst literature more than this? Something like that. Anyway, it’s the sentiment here that counts. There are books on my shelf that I come back to time and again; there are passages on some pages that just astound me. Kerouac wrote about ‘fields the colour of love and Spanish mysteries’ in On the Road. I come back to that time and again.

Q) You strike me as an intellectual– someone striving for the beautiful things in life. Would you agree with that?

A) I don’t know about intellectual! I certainly am on the search for the beauty of the world though. That’s in words, in moments, in art, in love and lament, in the play of children, in the play of us, in nature.

Q) What would you personally deem as “ugly”?

A) There’s nothing so ugly as not wanting to see, perhaps. Ugliness is also wrapped up in the politics of power, greed, deceit.

Q) Power, greed, deceit are words usually entwined with politics. How do you feel about the political scene in America right now? Are you an Obama follower?

A) For me these words are part of Politics (as in that which a politician is involved in); however, these words are also within the politics of everyone, their relations. Lennon had an angle here! As for Obama, I don’t really get too immersed in Politics anywhere, if I can help it, because politicians bring the media to their door in many ways. That said, when politicians willfully ignore children and their play, this gets me going! Back to Obama, he strikes me as intelligent enough, though of course I’m not in the US and not directly subjected to American policy.

Q) Well, I think we’ll end there Joel. Thank you for a great interview!