Dealing with Grief: The Effects of Not Doing So

Looking for The Rose Amongst the Thorns?

Courier Delivers its Payload in Full 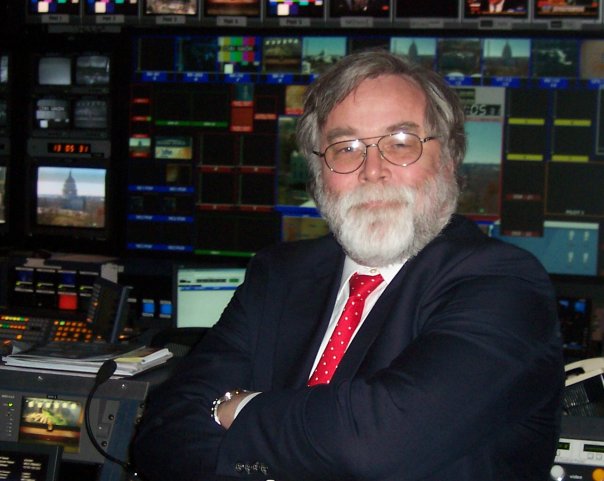 Terry Irving rode a classic BMW R50/2 for ABC News during the Watergate scandal and carried news-film. This was just the beginning of a career that has included producing Emmy Award-winning television news and a long writing career that has included everything from news to stand-up comedy. Terry was also instrumental in the development of many of the earliest forms of online media.

“I would love to say the guy in my book is based on my younger self but, in fact, he’s much smarter, tougher and better-looking.”- Terry Irving

Courier, written by Terry Irving, is a book I expect to see on shelves of stores very soon. It is said that everyone has a book somewhere inside of them, but this is more than a book. This is a story that so easily could have been the truth. Set during the heady Nixon era, the story itself centres around Rick Putnam, a veteran of the Vietnam War who takes a job as a motorbike messenger. Rick picks up a reel of film that proves Richard Nixon was bribed by the South Vietnamese to extend the the Vietnam War. Rick soon finds himself on the run and hunted by assassins and a CIA agent who need to kill Rick to keep the deepest secrets about Nixon’s corruption invisible from the eyes of the world.

Richard M. Nixon was the 37th President of the United States. Long term politician and Republican, he was Vice President for Eisenhower and then lost the 1960 presidential bid to Jack Kennedy. It has been said that Nixon’s profuse sweating during the first presidential debates lost him the election.

Finally, he became President and held office between 1969 and 1974. The Vietnam War damaged him as a political power and then when the Watergate tapes broke, he was finished. It took an impeachment to remove him from office and his successor Gerald Ford took the heat for pardoning him. Then, he wandered off into the wilderness. He saw an opportunity for a return to the sunlight of politics when he was approached by British television interviewer David Frost for a series of interviews. The ex-President monopolised the interviews until Frost broke him down. It was then over for Nixon.

But what if there had been bigger issues at hand? What if he hadbeen taking bribes from the South Vietnamese?

Work of fiction it may be, but, Courier delves into a vein of thought that many Americans have often pondered. What other travesties might Nixon have been committing behind the scenes? It is a well known fact that he was one of the most prolific foreign policy presidents and deemed his endeavours in that field as some of his greatest achievements. It is also well known that he was powered by money. One of his first moves post-Presidency was to engage super agent Irving “Swifty” Lazar and gain a huge advance for his overly long memoirs. The main motivation for that fatal Frost interview was also money. Is it so inconceivable that he wouldn’t take bribes from South Vietnam?

Courier makes me wonder. I was not born during those heady days of Vietnam or when Nixon held the greatest power in the world at his fingertips. I was born during a different generation and in a different country. I only know of Vietnam through the books I have read and the history lessons I took at school. To many who were there, however, this book will bring back memories of Nixon and what he stood for. He was the man who bought America to its knees and then almost defaced the whole ideal of a Presidency. Courier brings all the injustice and behind-the-scenes activity of such a President into play. During this era, a man like Rick Putnam would have been killed for knowing such information. History has shown that there were no depths Nixon wouldn’t claw to just to remain the President of the United States

Well, when the President does it, that means it’s not illegal.

The book itself is excellently written and hooks the reader from the word go. I find that the whole concept of a pre-internet world and the use of a motorcycle courier to get film from place to place works excellently as it gives the main character that same air of ’70’s freedom seen in movies like “Easy Rider”. The book moves along quickly and held my attention. I cannot stress how interesting it is reading the work of an experienced writer. There is something comfortable about a man who knows how to use words and has the first-hand knowledge to make his work enjoyable. This could be a movie and after the successful Nixon film “Frost/Nixon” there is a resurgence in interest in the most corrupt American President of the era.

I felt like a child at Christmas delving into this book. I haven’t been so excited by a novel in many years and got immense joy from reading about the trials and tribulations of Rick Putnam. As a writer myself, it was a pleasure to enjoy a book I wished I could have written. Mr. Irving certainly draws the reader in and the whole uncertain feel of the country at the time comes across strongly.

What became of Nixon? He just quietly drifted away and ended his days as a writer and public speaker. He was never able to climb the mountain of disgust thrown at him by the whole country. The same will never be true of this book. The whole thing has hit written across it and it deserves to be picked up very soon by a newer breed of publishers– those young guys coming up who realise that this intriguing story of what a corrupt  President did in fiction was not all that removed from what he could have done in fact.

The greatest honour history can bestow is the title of peacemaker.

-From Nixon’s Inaugural Address (20 January 1969); later used as his epitaph