Brand New And Heading To Market For John Fie: The Complete “Death on the Horizon.” 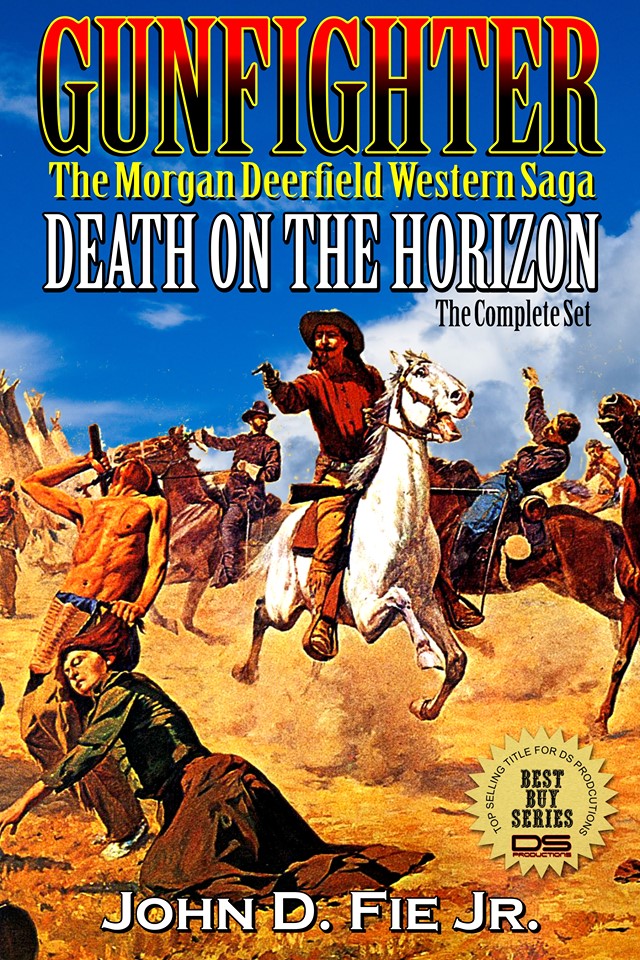 Morgan Deerfield is on the hunt once again! This is the latest action-packed Western from John D. Fie, Jr. Grab this blockbuster new Fie novel and ride with one of the most dangerous gunfighters in the Old West. This is “Death on the Horizon.”

Morgan Deerfield’s quest for peace so far has been a difficult one, with two attempts having been made on his life within the past year. But Morgan remains firm in his resolve, in the hopes that one day, the long shadow he casts will be erased and peace will come. But then, he begins to see death on the horizon…

Times are changing in Hamilton and the surrounding area. The peaceful atmosphere has been shaken up, and the Trails End is seeing its share of excitement. Morgan’s past is haunting him and all who know him are concerned. With a kidnapping attempt made on Miss Betty, and horse thieves in the area, it all comes to a head.

Morgan Deerfield’s gets more involved with each passing day as his quest for peace becomes more, and more puzzling. Morgan is still troubled by those nightmares and Miss Betty asks Sheriff Farley to have a talk with Morgan once again. But Sheriff Farley has problems of his own to solve. The big question for Sheriff Farley to answer is… who is behind this vast crime spree disturbing the peaceful living in the town of Hamilton?